A show of strength before the Olympics: the European Aquatics Championships kicks off in Budapest

From 10 to 23 May, the European Aquatics Championships will be held in Budapest, postponed from last year due to the coronavirus pandemic. The tournament will have strict restrictions and all participants will live in a bubble. In total, athletes will compete for 73 sets of medals in four disciplines. Russians are traditionally considered favorites in synchronized swimming. Divers will also be able to count on the highest awards, the main competitors of which will be the representatives of Great Britain. 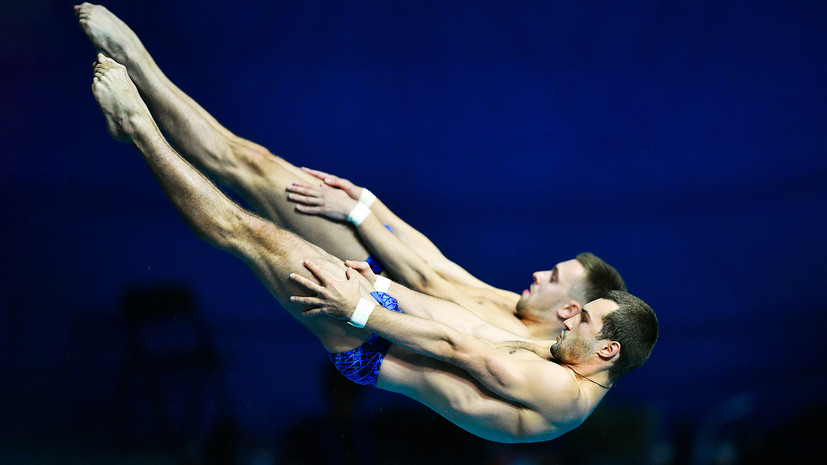 On Monday in Budapest, one of the main tournaments in May, the European Aquatics Championship, will begin.

In the Olympic year, it usually takes place on a daily basis, and sometimes completely remains out of the attention of the general public.

However, the current championship is too long-awaited.

"Idle time for a year, lack of competition to obtain licenses, disrupted selections, the need to rebuild training on the fly - all this makes the upcoming European Championship quite interesting," Pankratov said in an interview with RT.

The ex-swimmer spoke primarily about his sport, but the same applies to diving and synchronized swimming, for whose representatives the start in Hungary is a great opportunity to test their own readiness in a real and very tough competition.

In total, 73 sets of medals will be played at the tournament: 43 - in swimming, seven - in swimming in open water, 13 - in diving and ten more will be shared by synchronized swimmers.

In terms of swimming, Budapest is a record-breaking city: the very first European championship was held here in 1926, since then the city has hosted continental championships three more times.

Accordingly, the current tournament is the fifth, and its organizers are waiting for a record in the number of participants: all European water sports federations, with the exception of one, have decided to send their athletes to Hungary.

Competitions for everyone except open water swimmers will take place under the roof of the Duna Arena.

For Budapest, this is quite unexpected: all previous championships, starting with the very first (including the 2017 World Cup), were held in the open air.

Marathon swims will take place on Lake Lupa, a 15-minute drive from the city.

The European Championship will be held without spectators, and the participants will spend all two weeks in a bubble.

In other words, athletes, coaches, officials, volunteers, security personnel, the media and representatives of TV companies, including the local one, will be strictly limited in their movements without the right to leave the "clean" zone.

The total number of people in the bubble is estimated to be 3,028.

All of them will be required to undergo regular testing for COVID-19.

President of the Hungarian Swimming Association and ex-European champion in backstroke Sandor Vladar, who heads the organizing committee of the championship, noted in his report to the European Swimming League (LEN) that the option of canceling the European Championship in Hungary was not even considered.

And he added that all security measures are not only necessary, but also designed to prepare athletes for the Olympic Games.

“Tokyo will have to comply with even stricter rules, including daily testing, so our event is a great opportunity for athletes to learn how to live in a bubble, test themselves not only in the pool, but also prepare for the circumstances they will have to face at the Games. 2021 ", - said Vladar.

From the point of view of the sports component, Russia is the undisputed favorite in synchronized swimming, where all gold medals should traditionally become Russian. Divers will strive for a similar result. But it will be more difficult for them, despite the fact that the team includes all the leaders, including the reigning European champions in synchronized diving from the platform, Alexander Bondar and Viktor Minibaev. After all, the strongest at the European level is now not Russia, but Great Britain, for which Olympic champion and European champion Jack Lo and two-time world champion on the tower Thomas Daly will play in Budapest.

To some extent, the Olympic champion of London Ilya Zakharov was unlucky, who had already completely decided to end his career, but returned to try to qualify for the Games in Tokyo: a start in Budapest could be an excellent opportunity for him to get competitive practice and remind the world of himself ... However, until May 21, the athlete is under disqualification: his first start will be the qualifying national championship, which will be held in late May in Kazan.

As for the former partner of Zakharov in synchronized jumping Evgeny Kuznetsov (with him Ilya became the world champion in 2017, and before that he won silver medals three times at the world championships), in Budapest he will perform in tandem with Nikita Schleicher. At the recent World Cup in Tokyo, this duo became the third on the springboard, losing to the representatives of Great Britain and Germany, respectively, with the representatives of the same countries, the Russians will continue to struggle now. If we remember that synchronized ski jumping was the only sport at the 2016 Games where the Europeans (Jack Lo and Chris Mears) won, we can say that the fight for the Olympic Tokyo awards will begin this week.

Athletes will compete in synchronized swimming and jumping disciplines for the entire first week, as will those who will perform in open water, while classic swimmers will begin to compete for awards from May 17th.