Seven years ago, the Hereda San Pablo Burgos did not even exist. The previous club in the city fought against the glass ceiling of going up to the CBA, three promotions won on the court and ... 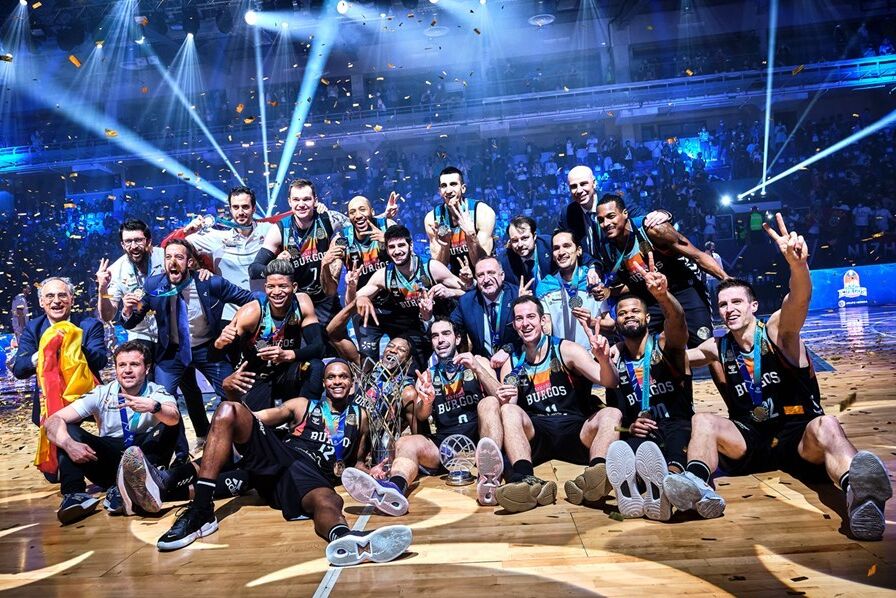 Seven years ago, the Hereda San Pablo Burgos did not even exist.

The previous club in the city fought against the glass ceiling of going up to the ACB, three promotions won on the field and frustrated in the offices.

There was a hunger for elite basketball on the banks of the Arlanzón and, once they arrived, they have not left anyone indifferent.

Yesterday in Nizhny Novgorod the never seen before: his second Basketball Champions League in a row, to join the Intercontinental Cup.

All in seven months.

The Castilian club writes its history at full speed. At the same time that Alex Renfroe entered the defense of Pinar Karsiyaka, the Turkish rival in the final, to score a basket to remember. In the middle of a terrible battle, both opponents exhausted after four days of competition in the eight format that the FIBA ​​traced from the Copa del Rey, no one seemed to want to break a score that advanced even since dawn. It was the American point guard, pure talent, the decisive man along with the Brazilian Benite, MVP of the tournament, hand of ice with two free throws to sentence.

San Pablo Burgos appeared in Russia with a balance during the tournament of nine wins by three losses. In the quarterfinals they beat the Israeli Hapoel Holon and the French Strasbourg in the semifinals. Against Karsiyaka, who had left Casademont Zaragoza behind (the other Spanish team in Final 8 with Tenerife), it was a very tough battle, in which both paid for their previous efforts. The Castilian team tried to open a gap at the end of the third act (37-44), but soon the team of Ufuk Sarica returned, who had their best man in the French M'Baye. The unbearable equality was maintained until the finish line, where the errors seemed to condemn both. Finally, Renfroe was the most determined and Burgos did not miss his great opportunity.

Ecstasy in Russia in an already fetish tournament for Burgos. They have won two of the five editions contested and consecutively. The last one, postponed due to the pandemic, was held in October in Athens. And there they knocked out host AEK. Then, in February, they conquered the Intercontinental in Buenos Aires by defeating Quimsa. Yesterday they completed a feat that not only fills their showcases, but also their coffers. The continental tournament organized by FIBA, apart from the Euroleague and the Eurocup, awards one million euros to the champion. That is gold for the clubs, especially in times of pandemic, where the loyal Burgos fans cannot go to the Coliseum (97% renewed their season tickets despite this).

The international success of the group led by Joan Peñarroya, one of the fashion technicians on the national scene, is completed by his powerful walk around the house.

Last year, after staying at the gates of their debut in the Cup, they reached the semifinals of the ACB in the Final Phase of Valencia.

This season they finally came to the cup and march solid tournament in ACB, settled in playoff positions in sixth place.

Diplomacy & Geopolitics The embrace of the Russian bear: suffocating and inevitable