The lead after the 100th pole is gone after a few meters, but Lewis Hamilton still puts his opponent Max Verstappen in his place. Sebastian Vettel experiences a race to be forgotten in Barcelona, ​​Mick Schumacher does respectably. 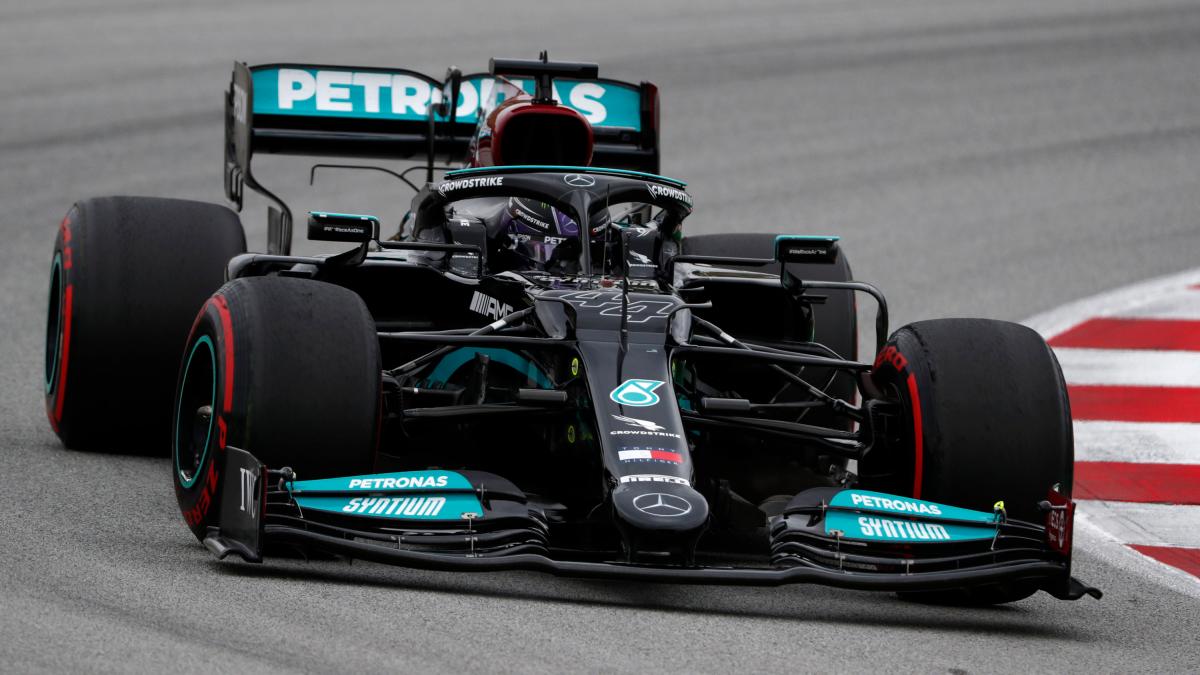 Lewis Hamilton fended off the next attack by Max Verstappen with a tactical masterpiece and great driving skills.

The seven-time Formula 1 champion was not impressed by a successful attack by the Dutchman right in the first corner and countered with a splendid race to catch up after a second pit stop at the Spanish Grand Prix.

Verstappen was only second in the tire game, with six laps to go, Hamilton overtook the 23-year-old in his 100th race for Red Bull.

The triumph at the site of his first Formula 1 victory five years ago as the youngest driver in the motorsport premier class came to nothing.

In the classification, Hamilton's lead over the classic grew to 14 points in two weeks in Monaco.

In the slipstream of the world championship fight, Sebastian Vettel experienced another race under the claims of a four-time world champion - or in short: To forget. 13th place and thus again not in the points. On the other hand, Mick Schumacher was mindful of his only fourth Formula 1 race. More than 18th place in the lame Haas was not possible for the 21-year-old Formula 2 champion from last year after he was lapped after a little more than halfway.

Because the two World Cup opponents up front put a lot of pressure on right from the start. Verstappen knew it like Hamilton: At the start, a preliminary decision could be made as to who will cross the finish line after 66 laps on a difficult to overtake course. Hamilton had secured pole position, believe it or not, 100th in his career. Verstappen was second on the grid on the dirtier inside, but got away well, slid just behind Hamilton, swerved and attacked the Spain winner of the past four years in the first corner. And it got close. Verstappen risked contact, and Hamilton backed away. The challenger was now leading the field, the defending champion was in pursuit.

The two Germans came further back.

Vettel had not made it past 13th place in the qualification.

The four-time world champion, who is now also in a crisis at Aston Martin, was initially unable to make up ground.

In contrast to Mick Schumacher, who first improved by two ranks and moved up to 16th place with his inferior Haas racing car until now.

Verstappen could not pull away, any lead would have been gone when the Alpha Tauri of the Japanese rookie Yuki Tsunoda stopped and the safety car had to be taken out.

Verstappen also mastered the always tricky moment when the drivers were allowed to accelerate again with ease.

What to do now

Course at the gates of Barcelona has long enjoyed the reputation of a processional route. Overtaking is hardly possible even with the aids of the current racing cars. The fact that the winner started from the front row 27 times out of 30 races strengthens the reputation of the track. So it would probably just be about strategy. The softest tire compound deteriorated, Hamilton now put Verstappen under pressure, reduced the gap to less than a second when Verstappen drove in to change tires.

It is not uncommon for the Red Bull crew to change four wheels in less than two seconds.

The Mercedes command post and Hamilton knew that this could be the decisive phase of the race.

The fact that Mick Schumacher's team-mate Nikita Masepin once again attracted negative attention and Hamilton with blue flags - signs to let a competitor overtake - even prompted team boss Toto Wolff to make an announcement to the race management.

Even a 2.7-second tire change did not have the desired effect from Mercedes' point of view. Hamilton stayed behind Verstappen, but shortened the gap. A mistake by Verstappen and the 36-year-old Brit would be back in front. The Red Bull hopefuls made no mistake, but complained about the tires. When Hamilton was almost there, the Briton turned towards the box. Back on the track, he called up top times like a robot in his black painted Silver Arrow.

Red Bull dared and left Verstappen outside: one-stop strategy. Around 21 seconds ahead with a good 20 laps. The Hamilton hunt was on. Once again, the record pilot in the premier class drove in a league of its own. Sometimes he made up two seconds in a lap. "At the end of the race, I will run out of tires," he radioed in view of the aggressive strategy. It would be even less at Verstappen, came the reply from the command post. In the 60th lap the Dutchman had to let Hamilton go by, the decision had been made, in order to get at least one additional point, he had the soft tires put on again.