Analysis: There is work to be done for Red Bull, but 2022 is looming

Red Bull Racing and Max Verstappen leave Barcelona after the Spanish Grand Prix with mixed feelings. On the one hand, Mercedes was unstoppable in the race, on the other hand, Verstappen proved on Saturday that his car - at times - is not inferior to that of Lewis Hamilton. What does that mean for the rest of the season? An analysis. 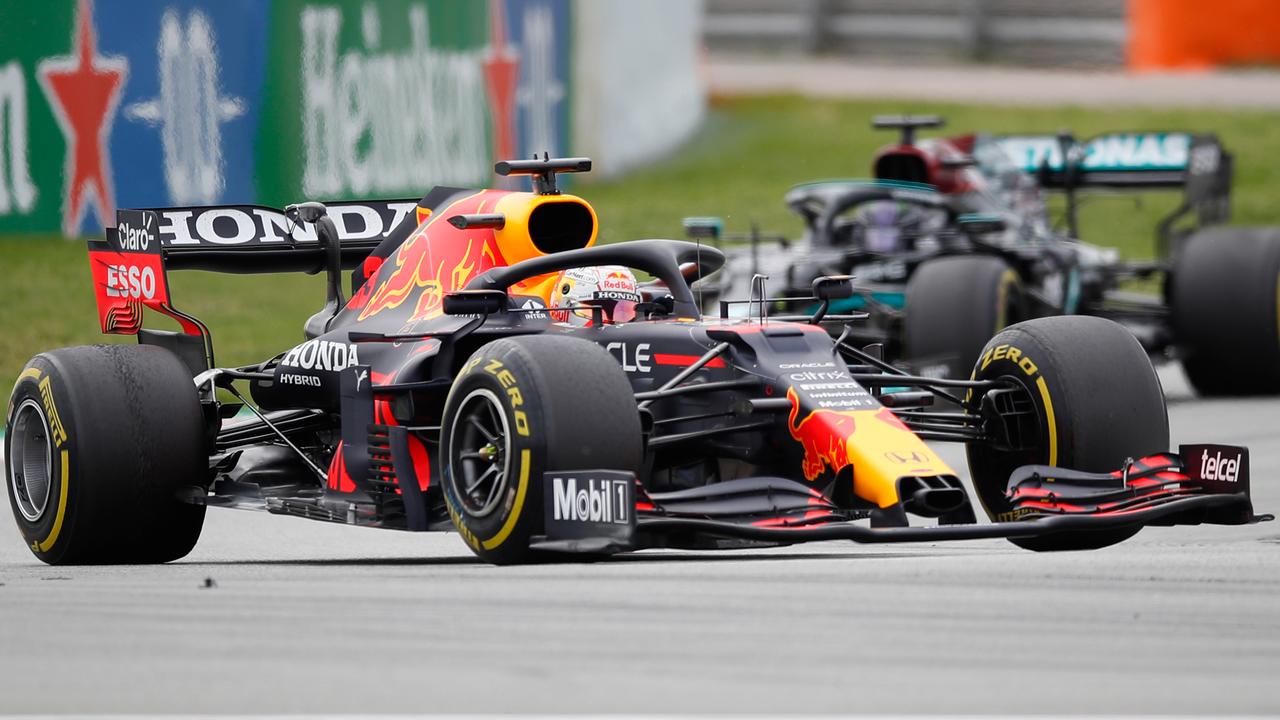 On the one hand, Mercedes was unstoppable in the race, on the other hand, Verstappen proved on Saturday that his car - at times - is not inferior to that of Lewis Hamilton.

What does that mean for the rest of the season?

First a look back at the race won by Hamilton in Barcelona.

The decisive factor was the speed of the Mercedes on the medium tires.

Verstappen was able to keep the World Cup leader behind him for a long time, but the surplus of pace that Hamilton could put on the track gave his team the opportunity to opt for an extra pit stop.

An understandable choice, because the strategists of Mercedes knew that their driver could close the gap again, and then had to easily pass Verstappen with an enormous tire advantage.

And so it happened. In addition to a slower car, Verstappen had two major drawbacks. Firstly, the lack of back cover, because Sergio Pérez was again in no way to be seen. That alone gave Hamilton the opportunity to make that extra pit stop. Moreover, the Limburger was already riding his only set of medium tires at that time, which meant that he could only go to a new set of softs. It was therefore very important to him to keep driving for as long as possible on the tires that Red Bull had put on the car at the pit stop.

Hamilton still had a second set of barely used mediums and was therefore easier to choose to make a second stop early. When that happened, it seemed pointless for Verstappen to respond after all. He would probably have ended up behind Hamilton after all.

It would have been pointless to make a second stop before the Briton, because then he would have just continued on his already relatively newer set of first mediums.

So Red Bull chose to let their driver finish the race without a second stop in hopes of blessing.

Verstappen caught Hamilton at the start, but in the end the Mercedes turned out to be faster

Verstappen caught Hamilton at the start, but in the end the Mercedes turned out to be faster

Red Bull has to work, but not too hard

Red Bull should mainly focus on the main reason behind Hamilton's victory: in the races the RB16B is just below the Mercedes.

That was already expressed a bit in Portimão last week, but now the difference was very big.

That does not mean that this picture will continue throughout 2021. There are still plenty of circuits on the way where Red Bull can handle Mercedes or even be the boss thanks to the car's characteristics. Monaco is such a circuit in two weeks. But there are also a lot of circuits coming up where Verstappen's car really needs to improve in order not to be as beaten as in the last two Grands Prix. Only 2022 will come into play here.

The teams will be faced with an important decision in the short term. A completely different car has to be developed for next season. When will the focus go completely on that and will the development of current cars stop?

Especially now that the teams also have to adhere to all kinds of budget limits, so there is less manpower and the hours in the wind tunnel are also limited, this choice becomes extremely important: continuing too long with the current car can be costly next season.

Red Bull knows all about this.

In 2014, the regulations were radically overhauled.

In the season that preceded it, Vettel took his fourth world title with force majeure, while Mercedes in particular had already put all the money into the new turbo era.

Mercedes has been the team to beat ever since, Red Bull has never fully recovered from that drastic rule change.

Until this season, now that another big change is imminent.

Teams behind Mercedes and Red Bull are already busy with 2022

The Verstappen team should not only look at Mercedes.

The eight other teams have long been focused on 2022 with their heads, budgets and resources, and will continue to sing it out this year, after some updates.

It would be a big mistake to underestimate superpowers such as McLaren and Ferrari in this.

The Italian top team reported in Spain that 90 to 95 percent of all resources and attention at the headquarters in Maranello are already focused on next year's car. But Mercedes also prefers to 'switch' to 2022 as soon as possible.

So you could simply say that Red Bull can do everything in its power to take the title with Verstappen this year. Only that are team boss Christian Horner Helmut Marko not going to do. Their team is trying this year, just like Mercedes, to achieve the maximum result with minimal means. If that should ultimately yield a world title, it is important that Verstappen quickly wins a few races.