Almost 60 percent want the Olympics to be canceled

Almost 60 percent of the Japanese population wants the Olympics in Tokyo to be canceled. It shows a new vote in the host country. 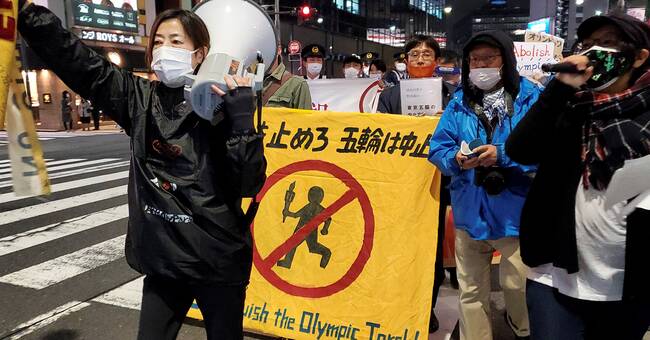 With less than three months left until this summer's Olympics in Tokyo, there is still a divided opinion as to whether the championship should be held or not in view of the corona pandemic.

A new poll, conducted between May 7 and 9 in Japan, shows that 59 percent of the Japanese population want the Olympics canceled, writes Reuters.

Only 39 percent think that the championship should be carried out.

Japanese tennis star Naomi Osaka is also worried and calls for more discussion about the games.

- If the games expose people to risks and if they feel insecure, it should definitely be discussed, and now, she says.

The plan right now is for the Olympics to be held.

Prime Minister Yoshihide Suga, on the other hand, says that the corona situation is in control.

- I have never prioritized the Olympics.

My priority has always been to protect the health of the Japanese people.

In the first place, we must prevent the spread of the virus.

On Friday, Suga confirmed that the emergency situation in Tokyo and other hard-hit regions in Japan will be extended for another three months - from 11 to the end of May.

CLIP: Timeline: The tours around the Olympics - will it end?

Timeline: The tours around the Olympics - will it end?