AC Milan won the top match in Serie A against Juventus on Sunday evening. The 'Rossoneri' triumphed 0-3 in Turin and rejoin number two Atalanta, which recorded a resounding victory at Parma: 2-5. In France, Paris Saint-Germain lost valuable points in the title fight. 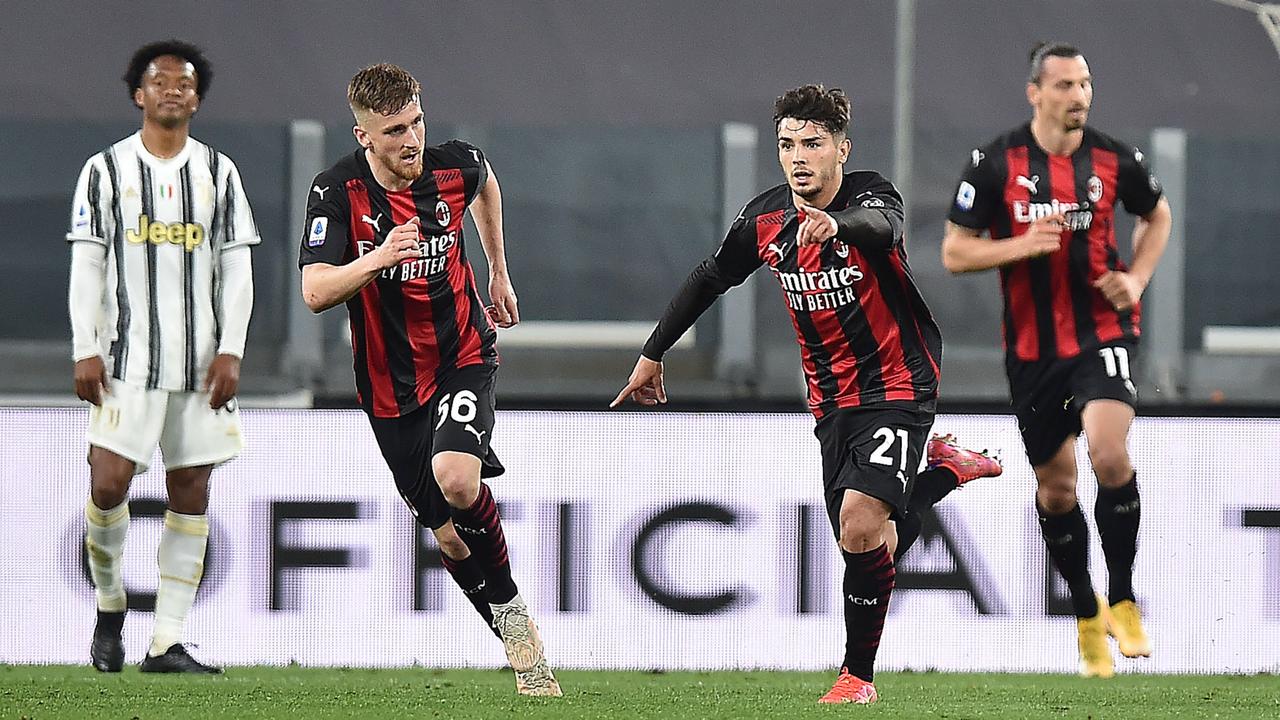 AC Milan won the top match in Serie A against Juventus on Sunday evening.

The 'Rossoneri' triumphed 0-3 in Turin and rejoin number two Atalanta, which recorded a resounding victory at Parma: 2-5.

Matthijs de Ligt had a basic place at Juventus and was close to the opening goal against AC Milan after four minutes.

However, the deployment of the Orange International was blocked by the defense of the visitors.

On the other hand, it was hit just before half time when Brahim Díaz curled the ball nicely into the top right corner.

Early in the second half, Franck Kessié missed the excellent chance of the 0-2.

Milan received a penalty after hands from Giorgio Chiellini, after which Kessié saw his bet turned by Wojciech Szczesny.

Halfway through the second half, Milan had to continue without Zlatan Ibrahimovic, who retired with an apparently minor injury.

Thanks to the victory, Milan now occupies third place with as many points as Atalanta, which is second due to a better mutual result.

The lead on number four Napoli, which won 1-4 at Spezia on Saturday, is two points.

Juventus drops to fifth place and is one point less than Napoli.

Leader Internazionale last week secured the first national title since 2010 and the first prize since the Coppa Italia in 2011.

Joy at Atalanta after one of the goals in Parma.

Joy at Atalanta after one of the goals in Parma.

De Roon and Hateboer book a resounding victory with Atalanta

In Parma, Ruslan Malinovsky opened the score for Atalanta in the twelfth minute and Matteo Pessina doubled the lead early in the second half.

Luis Muriel also scored twice on behalf of the visitors and Aleksey Miranchuk took care of the final chord.

Juan Brunetta and Simon Sohm were accurate at Parma.

Marten de Roon played the entire match at Atalanta and Hans Hateboer came on more than twenty minutes before the end.

Sam Lammers stayed on the bench with the Northern Italian formation.

In the Stadio Olimpico, AS Roma scored five times against Crotone after the break: 5-0.

Borja Mayoral and Lorenzo Pellegrini were both accurate twice.

Neymar brought Paris Saint-Germain from a penalty ahead at Stade Rennes.

Neymar brought Paris Saint-Germain from a penalty ahead at Stade Rennes.

In the French Ligue 1, Paris Saint-Germain did not get further than 1-1 at Stade Rennes.

Neymar used a penalty for the visitors in the injury time of the first half, after Layvin Kurzawa was knocked down in the box.

Twenty minutes before the end, Sehrou Guirassy signed for the equalizer of Rennes.

PSG, where Mitchel Bakker remained on the bench, ended the game with ten men due to a red card for Presnel Kimpembe in the final phase.

With the draw, PSG suffered a costly loss of points in the battle for the league title.

Mauricio Pochettino's team is second with two rounds to go, three points behind leader Lille OSC, which did win at RC Lens (0-3) on Friday.

AS Monaco did win at Stade de Reims (0-1) on Sunday and is third at five points from Lille.

View the results, the standings and the program in Ligue 1