Ahmed Al Falasi: Passion is renewed with the final of the most expensive cup

The Minister of State for Entrepreneurship and Small and Medium Enterprises, Chairman of the Board of Directors of the Public Authority for Sports, Dr. Ahmed Belhoul Al Falasi, said, “The successful arrival of the football season to its final leg is something that everyone is pleased with, and affirms the great support enjoyed by the UAE sport from the leadership 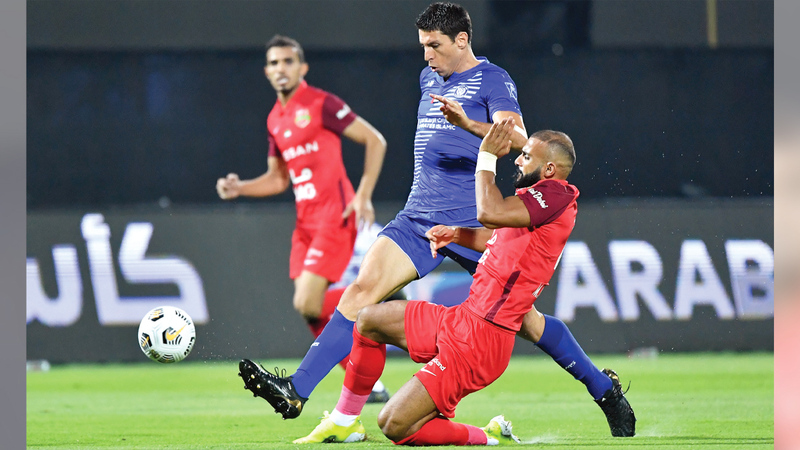 Ahmed Al Falasi: Passion is renewed with the final of the most expensive cup

Ahmed Belhoul Al Falasi, Minister of State for Entrepreneurship and Small and Medium Enterprises, Chairman of the Board of Directors of the Public Authority for Sports, said, “The successful arrival of the football season to its final leg is something that everyone is happy with, and affirms the great support that UAE sport receives from the wise leadership.”

He affirmed in a press statement on the occasion of organizing the 16th President’s Cup Final between Al-Ahly Youth and Victory at the Hazza Bin Zayed Stadium in Al Ain: “The passion will be renewed again with the holding of the final match of His Highness the President of the State Cup in its 44th edition, especially since each of us has his memories. Which is memorable with this dear tournament, which is one of the oldest sports competitions at the state level, and enjoys strong interest and follow-up from the sports public in general, and football fans in particular, throughout the nation. ”

He added: “The tournament, which was launched in 1974, has a great place in the hearts of the people of the Emirates, as it bears the name of our beloved head of state. The great administration of the Football Association, the good organization and the distinguished level of the competition ».

He said: “Today, attention is turning to a new version that is gaining its importance due to the fact that it is held in conjunction with the state’s celebrations of its golden jubilee and the 50th anniversary of its founding, 50 years in which the UAE has made important achievements in the field of sports thanks to the unlimited support of the wise leadership, which was keen to have children The UAE is a distinguished presence in all sporting, regional and international forums and events, and we are proud today that the UAE is the preferred destination in the world to host many important international tournaments and major sporting events, which enhance its presence in the ranks of the leading countries in this field.

He continued: “This year, attention will turn again to Hazza bin Zayed Stadium in Al Ain, which is one of the newest and best stadiums in the world and not only in the country and the region, as it hosts the final match of the precious tournament between Al-Ahly Youth, the record holder for the number of times winning the title, He won the first trophy for the championship, and the victory team, which had previously won the title four times, the last of which was in 2015. ”

Al Falasi praised the great efforts made by the Football Association, headed by Sheikh Rashid bin Humaid Al Nuaimi, to raise the level of the game in the country.

He stressed the importance of partnership and coordination between the authority and the federation, in order to provide the means and elements of success for the most popular sport in the country. He also called on the audience who would attend the match to fully adhere to the instructions of the health protocol in the face of the "Covid-19" pandemic, and wished that the two major teams would present a match that translates into the size of The development and progress that the country has reached in this field, in line with the history of the two clubs, which are rich in titles and championships.

The first in the history of the cup

First edition: 1974-1975 championship, which was held with the participation of 12 teams.

■ The first referee: the international, Farid Abdul Rahman, and moderated the Ajman and Al Wasl meeting.

And the first goal scored by Al-Ahly star Mohamed Salem Hamdoun in the tenth minute of the first half.

■ The first referee of the final: Kuwaiti Ghazi Al-Qandi, who managed the Al-Ahly and Al-Nassr final.

The first commentator: The late Farouk Rashid, one of the founders of sports media in the country, commented on the first final match.

• On January 16, the final date of the 44th edition in the history of the President's Cup, a gathering at Hazaa Bin Zayed Stadium in Al Ain between Shabab Al Ahly and Al Nasr.