A shot on goal was enough for Piteå

Piteå was back in play after the corona infection. Then you met a Växjö that was better in most things - except to score goals. Anam Imo scored the only goal of the match and Piteå took an important victory. 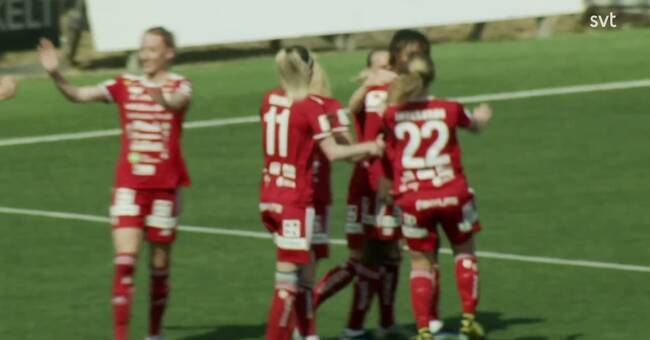 Last weekend's match against Linköping was postponed for Piteå due to a coronautr breach in the team.

When Piteå was now back in play, the team took their first victory of the season when they won the bottom meeting with Växjö through the match's only goal.

Visiting Växjö held the ball the most, created the most goal chances and was the better team.

But seldom has the cliché that it is "goals that count" fit better, because it was only Piteå who managed to get the ball into goal.

Already after 18 minutes, 20-year-old Anam Imo stayed in the penalty area on the corner and poked in a goalkeeper return.

The remaining part of this battle was about defending for Piteå's part, which they did in a good way.

At the same time, the focus was not really there when the goal chances appeared and it is easy to understand why these teams have scored two (Piteå) and one (Växjö) goals so far in three and four league matches respectively.

Växjö must continue to wait for its first victory and now has three straight losses after the cross in the premiere against AIK.

Piteå started a tough match week in a good way.

Next, it's time for the previously postponed match to be played on Thursday when the team travels to Linköping.