Aguero's penalty kick mistake made with Panenka kick. On the 9th, Manchester City were defeated 2-1 in their home game against Chelsea in the 2020-2021 EPL round 35 held at Etihad Stadium in Manchester, England. 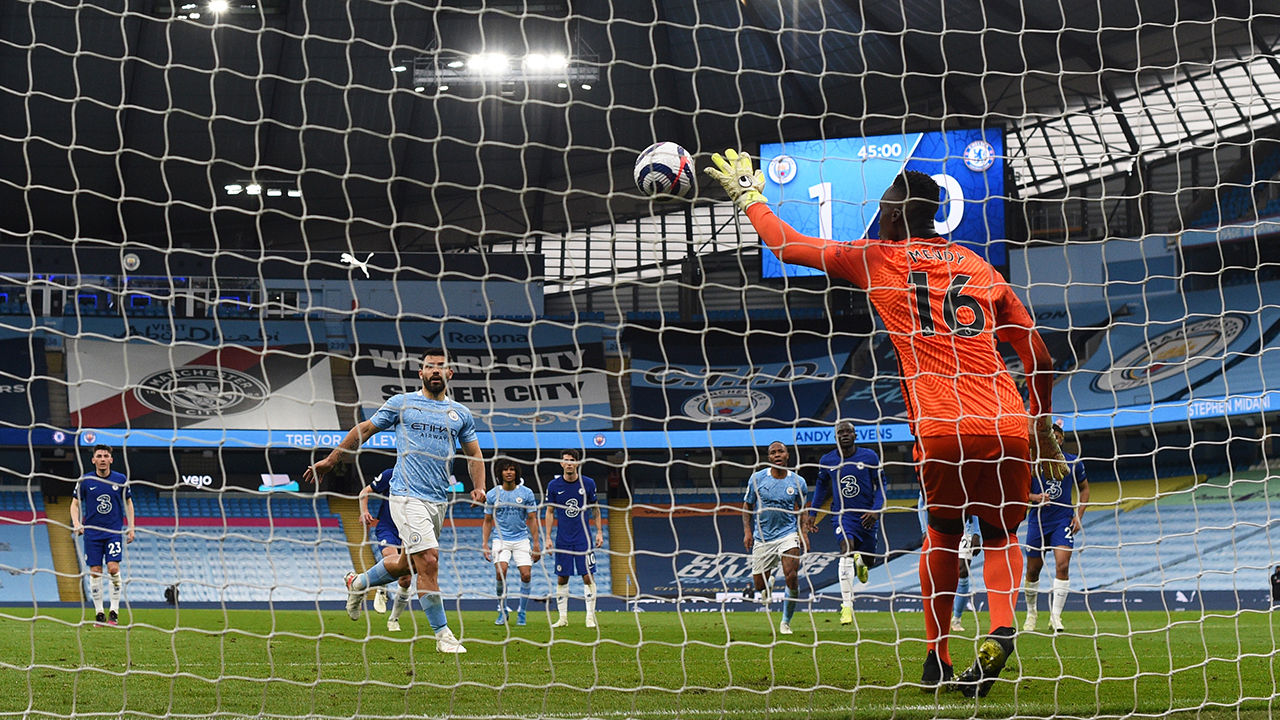 ▲ A scene from Sergio Agguero (Man City) who attempted a penalty kick with a Panenka kick.

Manchester City (Man City), who successfully qualified for the European Football Federation (UEFA) Champions League (UCL) final, was defeated by Chelsea and delayed their chance to win early in the English Premier League (EPL) to the next match.

On the 9th (Korean time), Manchester City were caught 2-1 in their home game against Chelsea in the 2020-2021 EPL round 35 held at Etihad Stadium in Manchester, England.

If Manchester City had beaten Chelsea, 83 points could confirm an early EPL win regardless of the remaining matches.

This is because even if Manchester United wins the rest of the game, they only have 82 points.

After winning the League Cup (Carabao Cup) this season, Man City, who has advanced to the UCL final for the first time in the team's history, can achieve a double (league cup + regular league championship) if they beat Chelsea on this day and prepare for the UCL final scheduled on the 30th There was.

Man City will challenge to win the EPL once again through the Newcastle game in the early morning of the 15th.

Agguero couldn't play properly because he suffered from a new coronavirus infection (Corona 19) following knee and hamstring injuries at the beginning of the season.

In the extra time in the first half, Jejus induces a penalty kick and takes a chance for an extra goal, and Agero is the penalty kicker.

Aguero attempted a Panenka kick to trick the goalkeeper.

Chelsea goalkeeper Adouard Mendi leaned to the right, looking at the trajectory of the ball slowly flying in front of the goal, and quickly got up and caught it.

Man City, who was able to finish the first half with a 2-0 score, scored an equalizer to Chelsea's Hakim Ziech in the 18th minute, and the mood was broken.

Agguero lost the penalty kick and was replaced by Phil Foden in the 25th minute of the second half, leaving the ground bitterly, and Man City lost to Marcos Alonso in the second half of the extra time, giving the winning goal from behind.

After the game, Agero wrote a post on his Twitter account, saying, "I apologize for the loss of the penalty to my teammates, staff and supporters. It.

Meanwhile, Liverpool beat Southampton 2-0 in their home game round 35 with Sadio Manet and Thiago Alcantara's streak ahead.

With 57 points, Liverpool lowered Tottenham (56 points), who lost to Leeds United the day before, to 7th place and climbed one stair to 6th, opening up the possibility of entering the'top 4'.