Sweden meets Canada in the quarterfinals

It was the final victories for Sweden in the group stage. But team Anna Hasselborg is still in third place in the group, which is not enough to get directly to the semis. Instead, a quarter-final against Canada is now waiting, a thriller that SVT broadcasts. 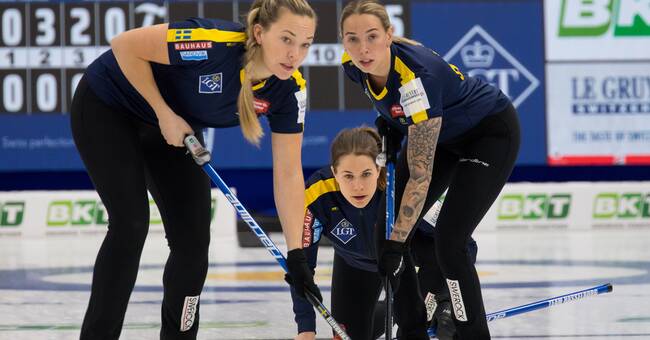 The Swedes took the lead in the third round, when they got a full four points, since Italy took one point in each of the two initial rounds.

In the fourth, Sweden added two more, and then the uphill became too heavy for the Italians.

Later in the night, Japan faced opposition, in the match that was previously postponed due to corona infection among the TV staff.

There was also a Swedish victory, this time with 7-5.

Sweden was already ready for the playoffs before the two matches, and thus the Olympic place is also secured.

- The goal was to go out and have fun and not waste our energy, we have a quick recharge before the match tomorrow against Canada, says Anna Hasselborg after the match against Japan.

Thus awaits the quarterfinals against Canada, which finishes sixth.

Denmark meets the United States in the second quarter final.

Directly qualified for the semifinals are Switzerland and the Russians.

Denmark to the Olympics

Denmark defeated Scotland 9-5 and the Czech Republic 6-5 in the final matches, and is also ready for the Olympics.

- I told everyone before we went here that if we win two matches, I will be very happy.

And now it's seven.

It does not often happen that Denmark goes to the Winter Olympics, so we really want to go there, said Danish skipper Madeleine Dupont after the victory against Scotland, before the Olympic place was confirmed, to the International Curling Federation's website.

How the sport of curling works Photo: World Curling Federation