Peter Lim usually speaks very little. Not an interview in his six years at the helm of Valencia and only a few statements in the club's official media allow proof of ... 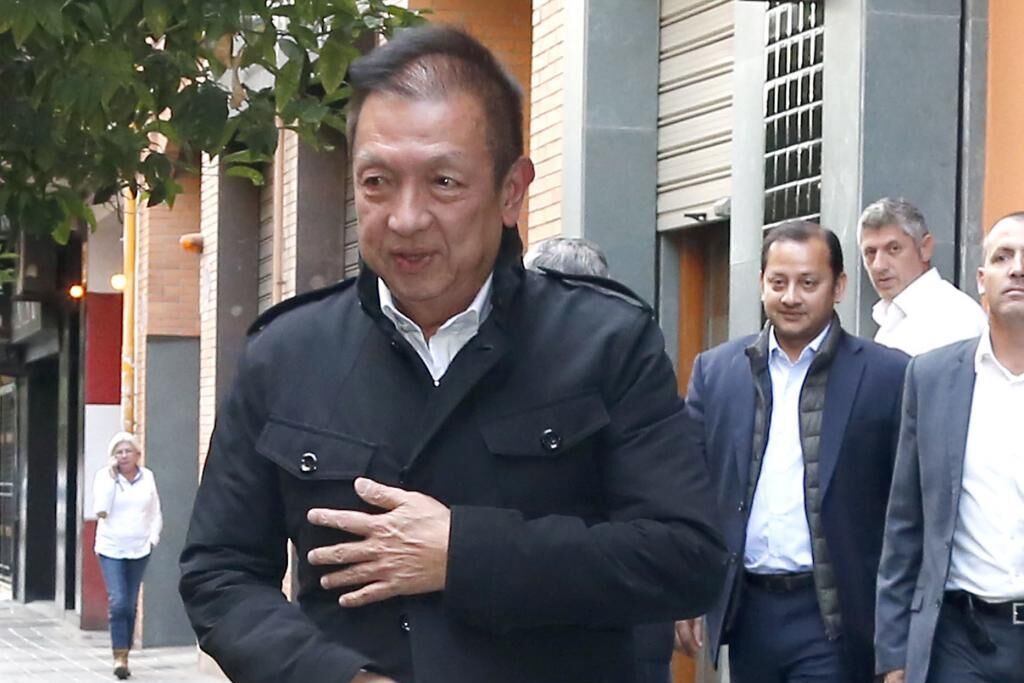 usually speaks very little. Not an interview in his six years at the helm of Valencia and only a few statements in the club's official media allow evidence of his voice. However, just when this afternoon Valencianism will take to the streets to protest its management, it speaks with the

to show its version in the face of criticism. "I feel compassion for the fans, but among us, among friends, we say that the smallest things give you the biggest headaches," he says.

Lim leaves some clues about something he has never admitted:

why he bought Valencia in 2014

"It's been amazing for networking. One time we were having dinner, all the [club] owners, at one of the Champions League finals. You have sheiks, kings, mob, black, white and yellow. And we were arguing about: "Why did you buy this player so much?" We were like children... This sport can match it all. "

rub shoulders with stars like Beckham and Cristiano Ronaldo

He rejects that his intention was to do business.

"I can do 101 things to make money and money that I think I can control better," he said.

"I wake up, I own a football club and I see what happens next. It's nothing more," he adds.

he will not sell Valencia

and accuses opposition groups of positioning themselves to condition his future at the club.

"They try to make sure they don't sell the club to anyone but them. These people argue 'because we're Valencians, we know the club.' But with the Valencians, the club went bankrupt, right?"

The tycoon also warns about the cuts that have dislodged him from the fight for European competitions.

"I don't want to ruin [the club], but ... [Valencia] is 102 years old. Has he never won the Champions League and [previous managers] wanted to win it at all costs? They have stones in their heads."

Nor is it in his plans to meet the city and

"The debt we would have to incur is simply not sustainable," he assures while À hopes to find a "solution."

On his position before the

, Lim believes that the football business is "broken", but that the instigators have only thought about his interest.

"You watch the Super League, it's purely for them to survive, they don't care about the fans. Why? Because ... you have a broadcast audience of 100 million fans in Asia ... Have you ever thought about local derbies? In the inconvenience of watching the game on Wednesday because I have to work the next day? They don't care, "he says.

Superliga UEFA does not expel Real Madrid from the Champions League