Napoli moves up to second place, Inter swirls in first game after title

Napoli rose to the provisional second place in the Serie A. The team of coach Gennaro Gattuso easily won 1-4 against low flyer Spezia. 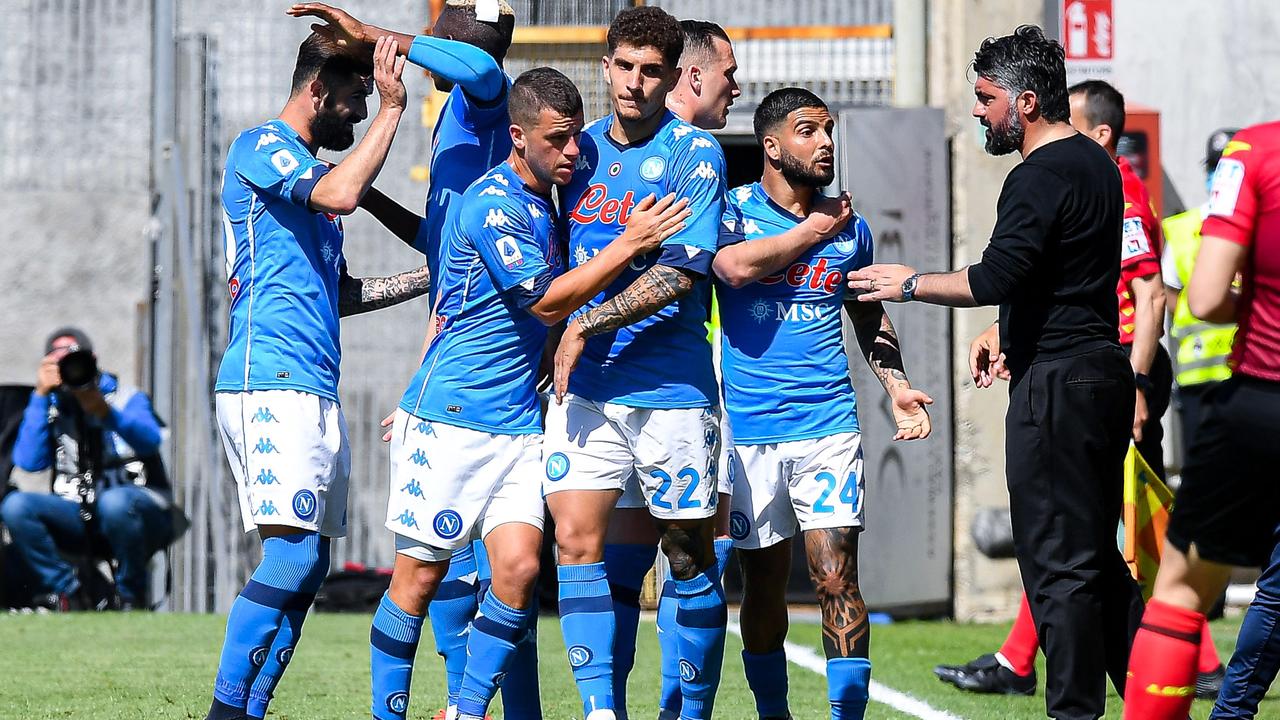 Napoli rose to the provisional second place in the Serie A. The team of coach Gennaro Gattuso easily won 1-4 against low flyer Spezia.

Spezia, where Jeroen Zoet sat on the bench, came back to 1-3 after the break thanks to a hit by Roberto Piccoli, but Napoli took care of the final chord via former PSV player Hirving Lozano.

With the victory, Napoli climbed from fifth to second place.

The top four of the Serie A qualify for the group stage of the Champions League and that battle seems to be very exciting until the last round of play, with five more clubs eligible for it.

The difference between number two Napoli and number six Lazio (Saturday out against Fiorentina) is six points.

Alexis Sanchez celebrates one of his two goals for Internazionale.

Alexis Sanchez celebrates one of his two goals for Internazionale.

Internazionale is already the champion.

Last week, the leader won the first national title since 2010 and the first prize since 2011. On Saturday Inter swirled with half a B-team - Stefan de Vrij, among others, remained on the bench - and beat Sampdoria 5-1 with a great display of power.

Former Inter player Keita Balde then did something back on behalf of Sampdoria, but again Sanchez, Andrea Pinamonti and Lautaro Martinez (penalty kick) made for a big score.

Before the match, thousands of Inter supporters had gathered around Stadio Giuseppe Meazza to pay tribute to the players.

Last week, tens of thousands of fans gathered in a square in Milan to celebrate the title.

View the results, the program and the stand in the Serie A.

Memphis Depay watches from the stands how his teammates at Olympique Lyon are doing.

Memphis Depay watches from the stands how his teammates at Olympique Lyon are doing.

Olympique Lyon rose to the provisional third place in Ligue 1. Without the suspended Memphis Depay, the team was simply 4-1 too strong for low flyer Lorient.

After a 0-0 half time score, Lyon ran to 4-0 in a period of 24 minutes by Houssem Aouar, Lucas Paqueta and Bruno Guimaraes (twice, including a penalty. Lorient still saved the honor via Thomas Monconduit.

Lyon is two points ahead of number four AS Monaco, which will visit Stade de Reims on Sunday.

The number three qualifies for the group stage of the Champions League.

Leader Lille OSC and Paris Saint-Germain will probably decide who will be champion. Lille, which already won 0-3 against RC Lens on Friday, is four points ahead of the defending champion, who will travel to Rennes on Sunday.