Nikola Jokic scored 24 of his 32 points in a dominant first quarter in the Denver Nuggets' 113-97 win over the New York Knicks. Jokic also finished with 12 ... 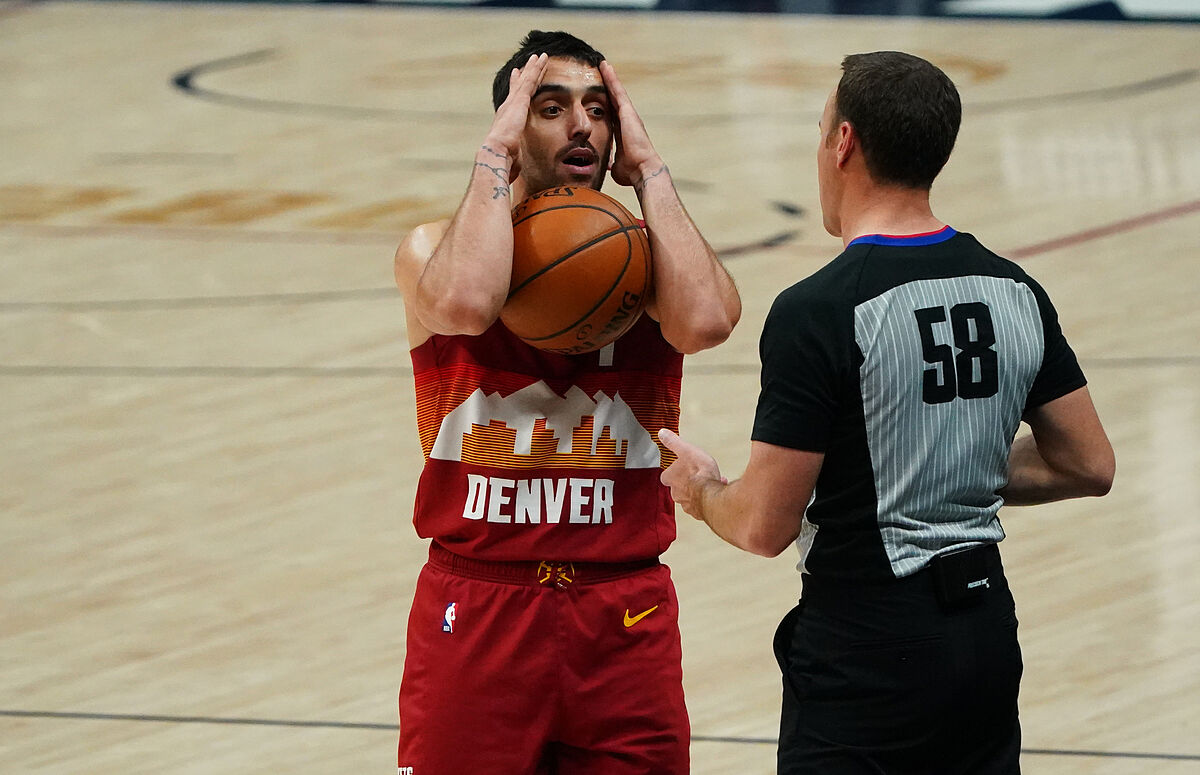 scored 24 of his 32 points in a dominant first quarter in the Denver Nuggets' 113-97 win over the New York Knicks.

Jokic also finished with 12 rebounds to help lead the Nuggets to their 10th win in 12 games and the Denver team, which held a 31-point lead, again tied the rested Los Angeles Clippers for third place. in the Western Conference with a 44-22 record.

with 17 others and former Real Madrid player

Campazzo, who played 33 minutes, scored 5 of 12 shots from the field, including 2 of 7 triples, and 4-4 from the personnel line.

The Argentine also shone in the paint with nine rebounds -seven defensive-, distributed four assists and for the second consecutive game he recovered five balls, lost one, put two blocks and committed a personal foul.

The Nuggets soon distanced themselves from the Knicks, who fouled three times in the first 22 seconds of the game and coach

Things got worse from there.

committed his third foul with 5:32 minutes remaining in the first period, the Knicks making 4 of 24 shots from the field.

Jokic doubled New York's total points on his own in the first (24-12).

had 14 points and eight rebounds, and

and Barrett also had 14 points each.

The Knicks had won 12 of the 13 games before the game against the Nuggets and lowered their mark to 39-27, which allows them to remain fourth in the Eastern Conference, half a game ahead of the Atlanta Hawks (37-30), who are fifths.

NBA 2020 - 2021Another Argentine from the ACB to the NBA: Luca Vildoza leaves Baskonia and heads to the Knicks

NBALos Jordan Bulls and the 72-10: 25 years of the best season in history