Zidane's "pride" and Hazard's laughter: "We have lacked gasoline"

Stamford Bridge was the scene of the last continental breath of Real Madrid. Zidane's team knelt against Chelsea, physically imposing. He resisted between ... 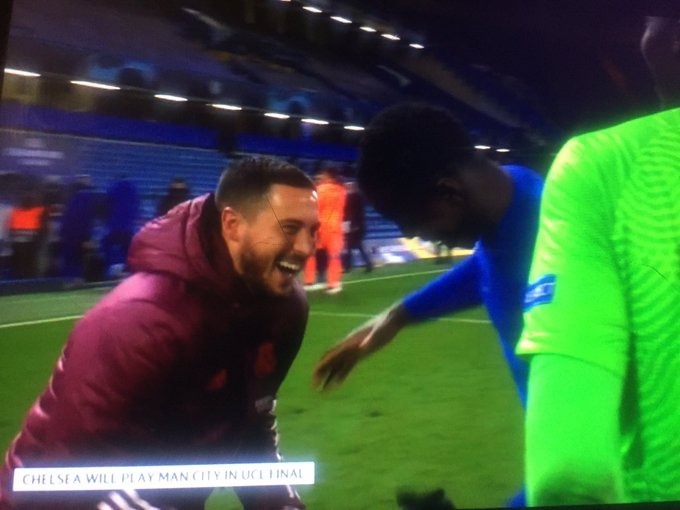 was the scene of the last continental breath of

, physically imposing. He resisted between miracles, mistakes by his rivals, stops by

and actions that cannot be explained by logic, but he remained at the gates of the 17th Champions League final in his history, the fifth of this generation in seven years. Perhaps it would have been one of the most unexpected after being on a constant roller coaster full of crisis, adversity and bad luck, but it would have been. No longer. "They have deserved to pass," admitted Zidane after the duel. "But we can be proud. I am proud. We are one match from the final."

. The Andalusian played his fifth game in all of 2021 and returned to step on the grass for the first time since he relapsed from his injury with Spain in mid-March. Much had been played, and much had given

, since then. "If they were here, they were ready to play," the coach defended him. After the first goal of the blues, the captain tried to lead a team that did not lower its arms.

hung their heads thinking about how to get through the rival defense. The Frenchman lamented for the two key stops that

, also Zidane: "We lacked gasoline at the end and to be more forceful at the top, we have had them. When you have them you have to put them in. Now we are not going to throw in the towel in the League."

Hazard laughing with his ex-teammates

The coach wanted to give

his second consecutive start on his return to what had been his home for a decade. "This comes at a good time for him. He is ready," warned the coach. The Belgian was absent from the English defensive mobility. At the entrance where Madrid entered the stadium there was a giant sign that read "Chelsea, health club & spa" (Chelsea, care center and spa). Nothing could be further from reality for him. In five minutes, the ankle of the '7' Madridista suffered two entries that were far from a friendly welcome message. With the final whistle and to the anger of the Madrid fans, Hazard could be seen chatting uproariously with one of his former teammates. An image that will not be liked at the Bernabéu.

The ball sailed away from a Madrid that was close on the scoreboard but many steps away from its rival in sensations. "There is not much explanation, they were better. There is no excuse, there is no going back, there is no regret", summed up

, who acknowledged that "it was an incredible opportunity, reaching the final after a year of so many injuries, sacrifices, low, Covid, no audience ... We have tried. " And he recalled that they are still alive in the league: "You have to think about Sevilla. There is no need to complain and a team like Madrid has to think about the next game." Courtois worked several miracles and rescued illusions while

and Zidane discussed in the band how to turn a tie in which they have always run uphill. The coach and his assistant were always in constant contact, arguing between looks and words, but they did not hit the button and lost their first big game of the course. Neither

had been able to with them. Yes

. First. The only. Enough to take them away from the last European dream of this generation, with the respectful greetings of

to his rivals as an example of overt superiority.

The merit is that the Madrid Champions League ended on May 5, much later than imaginable in December with the

and in January after falling in

Champions Klopp's lament: "That is what Salah usually marks with his eyes closed"