The small crowns on to the semifinals of the U18 WC

Sweden's U18 team in ice hockey defeated the home nation USA 5-2 in tonight's quarterfinals. Two goals by Fabian Lysell and good goalkeeping from Carl Lindbom secured the victory for Sweden. - It was our best match so far, says captain Liam Dower Nilsson to the International Ice Hockey Federation. 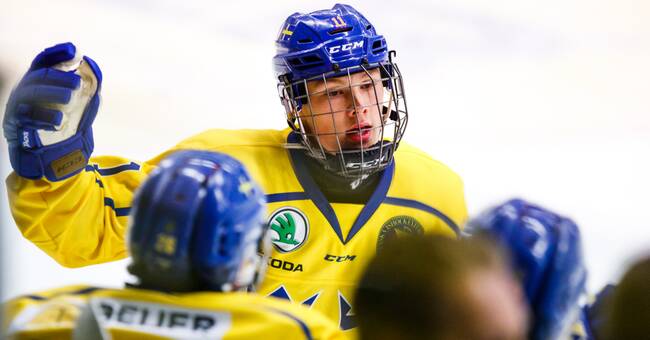 Sweden started the scoring in the first period when Mattias Havelid put 1-0 in powerplay.

The USA then came back to 1-1, but only 43 seconds after the equalizer, Fabian Lysell shot in 2-1 to Sweden.

In the final period, they really went away.

An early goal by Lysell, his second goal of the match, gave Sweden the lead with 3-1.

The USA did not recover after that and Sweden could go away to a 4-1 lead.

A goal by each team during the last two minutes of the match set the numbers at 5-2.

- It was our best match so far.

The way we held together as a team and the support we gave each other was fantastic.

Now it is important to have the same energy and team spirit before the semifinals, says captain Liam Dower Nilsson to the International Ice Hockey Federation.

Sweden is thus on to the semifinals of the U18 WC.

Canada is waiting there, having previously defeated Sweden 12-1.