It will be a Tuesday to remember, for the history of the Euroleague, a hit competition that recovers on the court what the pandemic snatched from it. Last year he had to ... 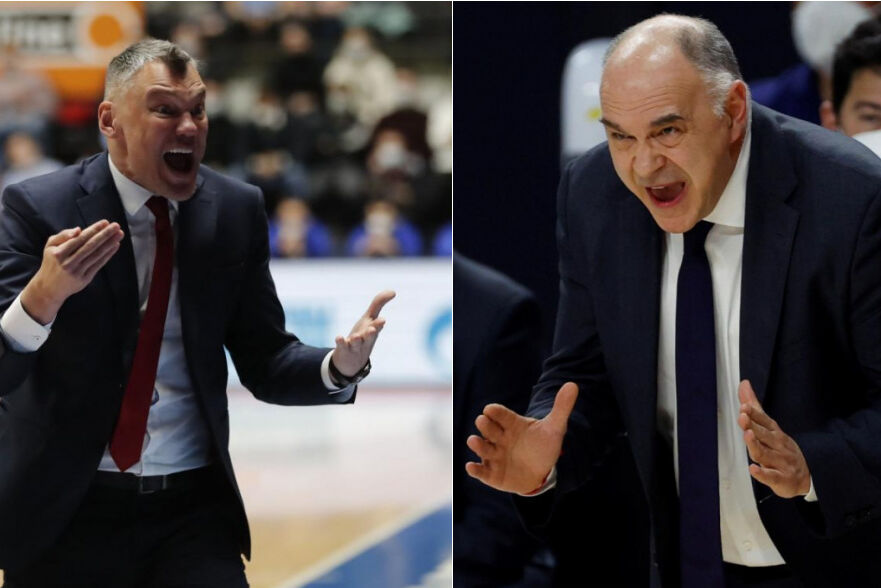 It will be a Tuesday to remember, for the history of the Euroleague, a hit competition that recovers on the court what the pandemic snatched from it. Last year he had to put the lock on while, in one way or another, others managed to continue. The ACB, the Champions League, the NBA did it ... But

had to give up a Final Four in which the rebirth of Barça was projected, the strength of Real Madrid, the powerful Efes ... All that attractiveness, with a year behind, as a wink of fate, focuses on an unexpected Super Tuesday in May, in three-fifths games in a few hours. What never before.

It was the field that was in charge of smashing the forecasts and inertia.

All but one, of course.

The CSKA of Moscow is already waiting in Cologne

But that's not news: he has played 17 of the last 18 Final Four (although he 'only' managed to win four, including the last one in Vitoria 2019).

Because who would have thought ...?

Barcelona does not present any injuries, it was the best team of the regular season in the Euroleague, no player escaped in the middle of the season - beyond the 'dismissal' of Thomas Heurtel, by which Leo Westermann arrived -, he added to Pau Gasol, no less ... And he is facing in the quarterfinals, with a field advantage, the 'rookie' Zenit who does not have two of his pillars, Gudaitis and Ponitka ...

Real Madrid sneaked in extremis in the quarterfinals, on a last day in which it already warned of heroics precisely in Istanbul, knocking down Fenerbahçe. It progresses between inopportune and badly managed escapes

, serious injuries (Anthony Randolph until next year) and setbacks: Tavares barely participated in the first game against Efes and Trey Thompkins ended up limping the last. He cannot count on his latest reinforcement, a Vicent Poirier signed after the Euroleague registrations close. And in front of him he has the feared group of Shane Larkin and Vasilje Micic, who shook him badly in the first two games of the series ...

So no one would have doubted the presence of Barça,

Nor the 'truce' of Real Madrid, a year in fallow, which played six of the last seven.

But the 'logic' in sports has these things: today (9:00 p.m., DAZN) those of Sarunas Jasikevicius can only celebrate that they escaped failure and those of Pablo Laso (6:45 p.m., DAZN) that, against absolutely all odds, they fought to the end against Efes.

Between deed, failure and relief, a fine line and an afternoon of passion.

Because the opposite would be to defy history itself. No one has ever won a fifth away game in the previous 10. Nobody ever raised a 2-0 against. Nobody was ever eliminated for the eighth being first in the regular season ... The series between

moves in the same irrational parameters

: the Germans won their two games in Munich and are looking for debut in a big way in the Final Four.

Real Madrid have nothing to lose, Barça has everything. Completing the feat at Sinan Erdem would be for whites like another title, the most incredible story of this fabulous was Laso. At the height of the 2016 season, when they escaped from the ropes against Panathinaikos and raised the Tenth in Belgrade. Until the last minute they will have

the doubts of Thompkins and Tavares

, who, however, have already trained with the group and traveled. "I am optimistic", pronounced the Vitorian coach before leaving, with a motivational farewell from Florentino Pérez included. With Garuba on the rise and the experience in these finals of guys like

, who was Jasikevicius's teacher, is giving a whole tactical lesson to a Barça to which the referents are hidden. To win a fifth at the Palau again, as in 2003 against Panathinaikos - he lost those of 2019 against Efes and 2016 against Lokomotiv, both at home -, he will need to dodge the 'traps' and find Mirotic. As already happened in the last Final Phase of the Endesa League, the power forward is performing well below expectations. He has gone from averaging 15.8 points and 5.9 rebounds to staying at 9 and 3.8 in the series against Zenit. Nor is Calathes showing his best version in a Barça that, barely without Pau Gasol (13 minutes in three of the four games) has survived thanks to Brandon Davies.

"It is time to leave everything on the court. We have learned something from what we have not done.

We have to play harder and more disciplined,

" Saras asked in the previous one.

Euroleague 2020 - 2021The expected return of Pau Gasol: "We are thinking of giving him minutes"

Euroleague 2020 - 2021 Laso's other games without a net for Real Madrid: "That week the tension is noticeable even at home with the family"