He has been injured, poked and speechless during the season. But tonight Emil Bemström showed why the Columbus Blue Jackets should bet on him. The former Djurgård player struck with a natural hat trick. 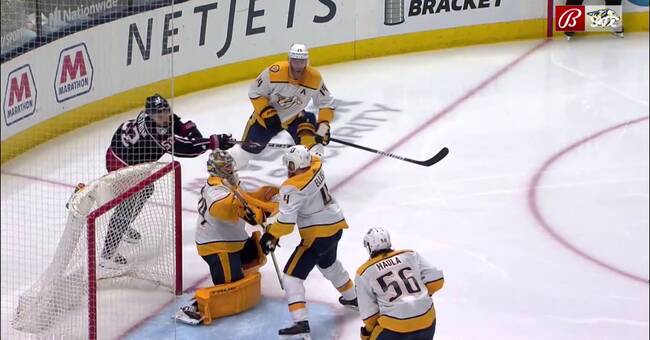 The Nashville Predators looked to be heading for an easy victory over the Columbus Blue Jackets in tonight's NHL.

The team led 3-0 before the third period after goals and assists by Filip Forsberg.

With a real hat trick in the third period, Emil Bemström ensured that the Blue Jackets could catch up with Nashville to 3-3 and thus forced an extension.

For Bemström, who left Djurgården and SHL as the top scorer, it was the season's first goal and it comes at the right time as he has had a hard time making an impression this season due to injuries.

Now it was not enough all the way to victory when Nashville managed to win in overtime after a goal by Roman Josi.

With the win, the Nashville Predators look set to advance to the playoffs.

An achievement after the team was calculated from the playoff race early in the season.