Champions League: PSG wants to believe in an exploit at City in the semi-final

Defeated at home in the first leg (1-2), PSG presents itself on Tuesday as an outsider on Manchester City for the semi-final second leg of the Champions League. But Neymar's teammates believe ... 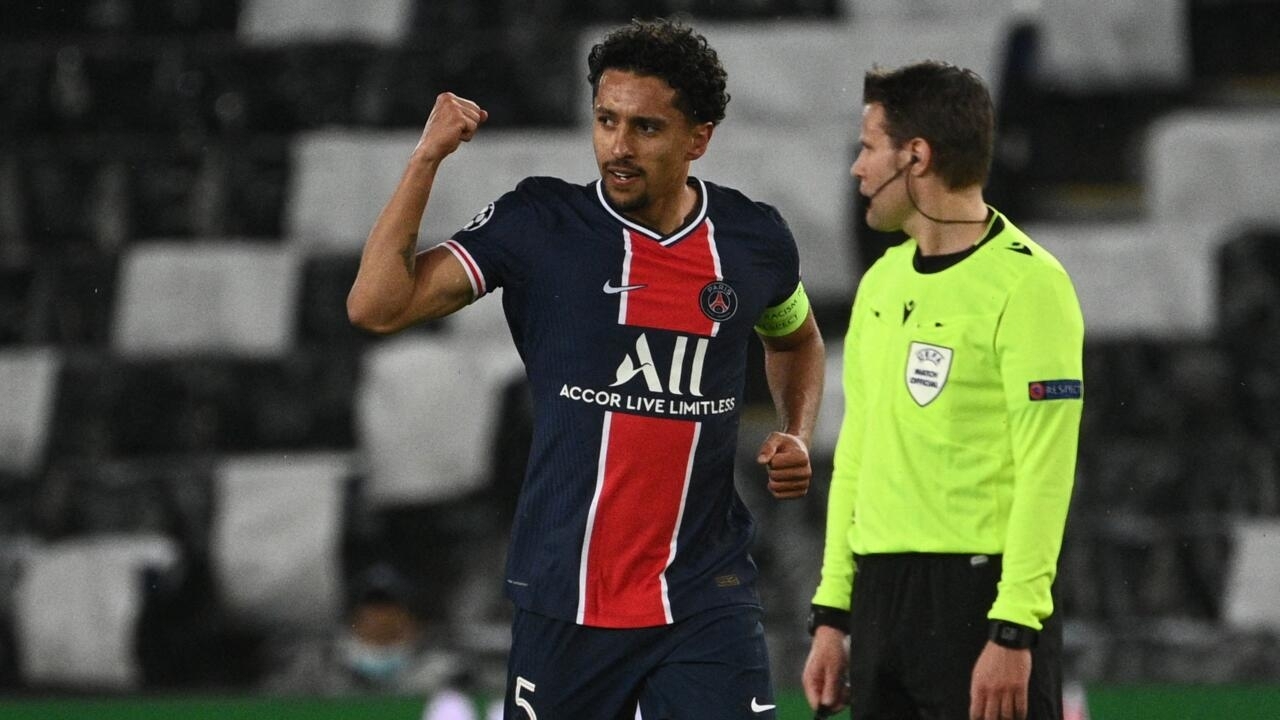 What if this time, the "remountada" was French?

This is what Paris SG wants to believe when it comes time to travel to the Etihad Stadium in Manchester City on Tuesday, May 4.

Defeated 2 to 1 at home in the semi-final first leg, the Parisians want to believe in their lucky stars by relying on their multiple performances away from home this year.

The magnitude of the challenge can be found in one statistic: 7%.

It is the number of defeated teams at home on the score of 2 to 1 which have shown themselves capable of reversing the situation in a return match of the Champions League, according to the precedents since 1970-1971 compiled by the statistician Opta.

A mouse hole in which Pochettino and his men nevertheless want to rush into.

As soon as the first leg was over, the Argentine coach went to the bedside of his players, injured in their pride, while the triumph in the previous round against defending Bayern Munich had rocked their dreams of coronation.

"Accidents," said the technician, who said he saw Wednesday the "best" first period of PSG since his arrival in January.

"At the tactical and mental level, the team will be ready to fight a new battle. Then it is football that will decide whether or not we deserve to go to the final."

Among Parisians, the warrior register is therefore out.

Neymar claims to be ready to go into battle and "die on the pitch" for his team:

"I think that every Parisian must believe in us! I am on the front line, and I will be the first warrior who will go to fight for the team. I will give the best of myself and I will do everything to bring back this qualification. that it happens, even if it is necessary to die on the ground ", launched Neymar at the microphone of PSGTV.

"We had a very tough first leg against Manchester City but we have to believe it no matter what the stats say or our percentage chance of winning."

Between the victory against Lens and the shock that awaits the Parisians for the semi-final return of the @ChampionsLeague 🆚 Manchester City this Tuesday evening, @neymarjr spoke to the microphone of #PSGtv

"You have to have personality, if you don't believe in it, you're not going there," insists the captain, Marquinhos, author of the only Parisian goal to go.

"We have everything we need to turn the situation around."

Manchester City want to believe it's their year

Opposite, Manchester City shares the feeling of living a unique season.

"Everyone knows that we are going through something special," admitted coach Pep Guardiola.

Winners of the League Cup, the "Sky Blues", winners of 32 of their last 35 matches, could have been champions of England on Sunday, without the postponement of the meeting between Manchester United and Liverpool.

The Citizens did the job on their side, winning against Crystal Palace (2-0), without De Bruyne or Mahrez - the scorers of the first leg - left to rest.

Now in their sights, the first C1 final in the history of the club, priority of the United Arab Emirates, owner of the club since 2008.

"Tuesday will have to achieve an almost perfect match," Guardiola warned.

"Let the past die. Kill it if necessary"

PSG can however believe it for two reasons.

First of all because the Parisians have shown themselves to be much more comfortable outside than at the Parc des Princes.

At home, PSG have lost to many big teams, whether Lyon, Marseille, Lille and Monaco in Ligue 1 or Manchester United, FC Barcelona or Bayern Munich in the Champions League.

On the move, Parisians have been able to write the most beautiful pages in their history, whether at Camp Nou (1-4) or in Bavaria (2-3).

So why not a new lesson at the Etihad Stadium?

In addition, PSG seems this year on a mission to rewrite its history, until then marked by these traumatic moments of "lose".

In pool, PSG was able to forget the humiliating "comeback" of Manchester United in the round of 16 2019.

This year, Paris also took revenge for Barça's "comeback" of 2017 as well as the final lost to Bayern Munich in August 2020. Manchester City is one last stain to be erased: that of the humiliating defeat of the quarterfinal. 2016 final where Paris had stuttered its football.

To complete its vendetta, PSG must therefore dismiss the Citizens to join a final that would be loaded with meaning for Paris: either against Real Madrid of Zidane who had ruled them out unceremoniously in 2018 or against Chelsea with Thomas Tuchel and Thiago Silva, respectively former coach and captain of the French club.