4 reasons that put City on the verge of the "final" ... and its closeness to the dream of the "champions"

Manchester City succeeded in reversing the scales of the Champions League semi-finals, the day before yesterday, and it became the talk of the hour in most European and international media, after it converted its 1-0 loss in the first half of the semi-finals against Paris Saint-Germain to a 2-1 victory. By the end of the game, b 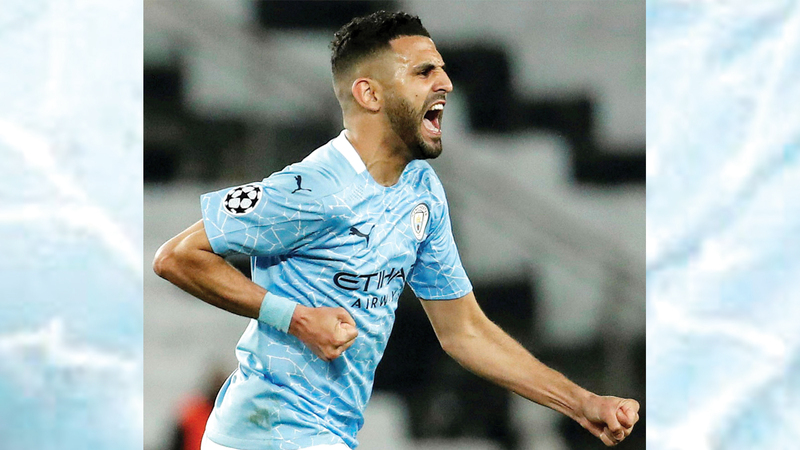 4 reasons that put City on the verge of the "final" ... and its closeness to the dream of the "champions"

Manchester City succeeded in reversing the scales of the Champions League semi-finals, the day before yesterday, and it became the talk of the hour in most European and international media, after it converted its 1-0 loss in the first half of the semi-finals against Paris Saint-Germain to a 2-1 victory. By the end of the match, he could have come out with a very big win.

Four reasons led to City’s "Remontada" in the second half, raising the team's morale and ambitions, in order to march to achieve a historic first title in the champions, celebrate the triple season after achieving the League Cup title, and approach the Premier League title.

Man City coach Pep Guardiola managed to outpace his counterpart in Saint-Germain Pochettino, as he started the match without an explicit spearhead, tried to contain the pressure of St. Germain's attack, and went 1-0 down only in the first half.

On the other hand, in the second half, he changed the positions of some City players, especially at the level of attack, as Bruin became more free to move, with more Vodin and Riad Mahrez advancing on the sides, which disrupted the Saint-Germain defense and contributed to the repetition of their mistakes, which allowed City to record Two goals.

This is in addition to Zi Chinko's entry in the second half in place of Joao Consilo, which strengthened the offensive momentum of "Citizen".

The absence of Mbappe's seriousness

What was striking about Saint-Germain was the absence of danger, Kylian Mbappe, the team's top scorer in the competition, who scored five goals in the Barcelona and Bayern matches, for the price and the quarter-finals.

During the 90 minutes for the first time, Mbappe did not hit a single ball at City's goal, besides, many balls were lost from him strangely.

The players played an important role in the victory, as besides the two goals, they pressed hard on the Saint-Germain defense most of the second half.

The two players got the highest score after the match, at level 8, with their colleague Walker.

De Bruyne scored the equalizing goal from a fixed ball in the 64th minute, after raising the ball in a very smart way and in a difficult area for Saint-Germain goalkeeper Keylor Navas.

While Mahrez repeated his goal with Algeria in the 2019 African Cup semi-finals, where he scored from a fixed ball, taking advantage of a void in the Saint-Germain blocking wall.

The naivete of the Saint-Germain defense

Saint-Germain, and their Argentine coach Pochettino, made fatal errors during the match that made famous French coach Arsene Wenger describe them as "idiots."

Including that, they put all their energy in one half without dividing the effort on the match, in addition to not scoring more than one goal while they were in control.

In addition to this, Brazilian Neymar's frivolity, Navas’s mistake in positioning the correct goal in De Bruyne, as well as the lack of discipline and coordination in the block wall, which caused City to win the goal.

History is biased against City against Paris

Saint-Germain suffers whenever Man City meets, as it has never won any victory over the English team before in four confrontations, tied in two matches, and City won the same.

City is also heading in the direction of repeating the 2016 scenario, when it drew 2-2 with Saint-Germain in Paris, and beat it 1-0 in Manchester in the quarter-finals of the biggest European competition.

On the other hand, coach Pochettino suffers whenever he confronts Guardiola, that was when he previously coached Espanyol and Tottenham, and he repeated again with Saint-Germain.

Guardiola met Pochettino in the 19th game the day before yesterday, since the first confrontation in the 2009 season. The Spanish coach managed to beat Pochettino 11 times, compared to three for the Argentine coach and five draws.

Games that St. Germain failed to win against City, they tied two matches, and lost the same.