Ahmed Al-Haris, the former assistant coach of the Jordanian boxer Rashid Sweissat, who died, today, Tuesday, from an injury he suffered in the World Youth Championship, revealed that he met Sweissat to bid him farewell before traveling to Poland and appeared in excellent health, which made the news of his death seem shocking to him and his family and 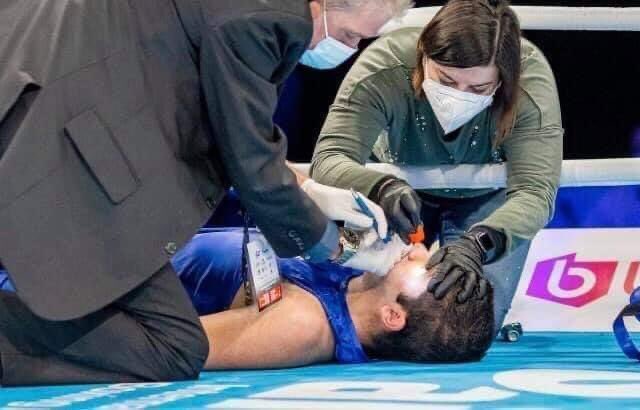 Ahmed Al-Haris, the former assistant coach of the Jordanian boxer Rashid Sweissat, who died, today, Tuesday, from an injury he suffered in the World Youth Championship, revealed that he met Sweissat to bid him farewell before traveling to Poland and appeared in excellent health, which made the news of his death seem shocking to him, his family and friends, on He put it.

Jordanian media quoted a friend and trainer of Sweissat as saying: "I have a very strong relationship with my friend Rashid. He is not the coach for his student. He is exactly like my younger brother, Rashid is kind, good and kind, and everyone loves him. One of his features is that he is ambitious and loves the work he desires."

He added: "Boxing was all Rashid’s life and he aspired to be a world champion, and to be a medal holder in the Olympiad as well. Rashid is a hardworking, distinguished, ambitious and polite student. He is from the city of Al-Balqa Al Fuheis in Jordan and he is from a Christian family called Al-Sweisat. They are known for their love for the country and King Abdullah. The second is between Hussein and they love good for all. "

He continued: "Receiving the news of his death was a great shock to me, as it is a tragedy by all standards and descended on us like lightning, so we still do not believe what happened to Rashid, as he left us while he was in good health and wellness, as we called him before his travel to Poland as if the subject was a joke, but this is God’s destiny and we have to believe in death as We believe in life and consider him like ours as example news, for he is a champion in his morals before his sport.

The Jordanian Olympic Committee announced the news of the death of the boxer Sweissat in a press release: “The Jordanian Olympic Committee expresses its deep sadness and deep pain over the death of the national boxing team player for the youth category, Rashid Sweissat, who moved to the mercy of God Almighty yesterday evening, Monday, as a result of an injury he suffered during his fight in the evening. Last Friday, April 16th, the World Youth Championship was held in the Polish city of Kalsi.

She added: "The Jordanian Olympic Committee, represented by its president, His Highness Prince Faisal bin Al Hussein and members of the board of directors and the Jordanian sports family, mourned the deceased Sweissat, as it offers sincere condolences and sympathy from his family, colleagues and friends, and beseeches to God his most venerable ability to embrace the deceased with his mercy and satisfaction.