Solberg not in the Croatian rally: "I have asked the team manager why"

The 19-year-old rally driver Oliver Solberg made a successful debut in the highest class WRC earlier this year. But in the Croatian rally that is going on now, he is not allowed to drive at all. - I have also asked my team manager why we would not go there, he says in SVT's Helgstudion. 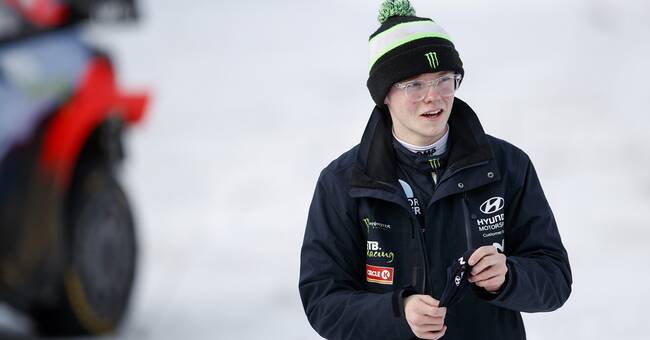 The Swedish giant talent Oliver Solberg made his debut in the highest class WRC earlier this year and immediately struck with a successful seventh place.

Despite that, he is not in the Croatian rally that is going on now.

His stable Hyundai did not send any drivers in the classes during the WRC.

- I have also asked my team manager why we would not go there.

But what I need is experience with asphalt.

Since I'm from Scandinavia, I'm used to gravel and snow.

So it would have been good to be there, but Hyundai simply did not prioritize driving the lower class there, says Solberg.

Not ready with more WRC competitions

It is not clear if there will be any more WRC competitions for the Swede this season.

- Hopefully I will be able to run some World Cup competition again, but nothing is clear.

They have other drivers in the team there now and they have to prioritize them this year.

- But I have a two-year contract and I am the only one in Hyundai who has a contract over next year, so it is positive.

"My dream is to win the World Cup"

SVT Sports expert Jonas Kruse believes that Solberg can be part of the fight to become world champion as early as 2023 and the 19-year-old himself does not see this as impossible.

- Next year will be tough, as he said.

I do not even know if I run all the races.

But hopefully I can join in and fight.

There are many years left, I am 19 years old.

I just have to stay on earth and take it step by step.

- My goal and my dream is to win the World Cup.