Both Swedes scored in Wolfsburg's victory

National team Swedes Rebecka Blomqvist and Fridolina Rolfö each scored a goal when Wolfsburg defeated league champions Duisburg 4-0 away. Now the Bundesliga will be decided in the next match against Bayern Munich. 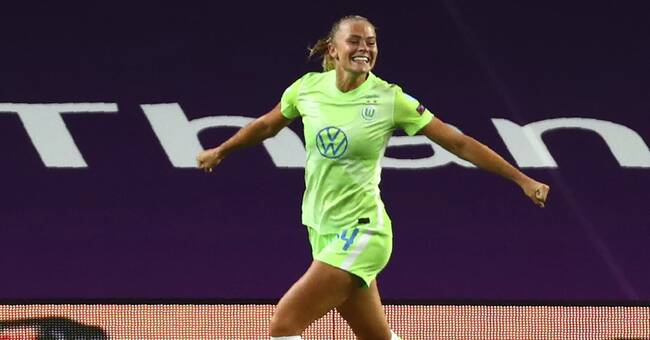 Wolfsburg have won four straight German league titles and so far this season they have only lost one match.

Thus, they were huge favorites when they met league champion Duisburg away.

They also did what they were supposed to.

German star Alexandra Popp made it 1-o in the first half and at the beginning of the second Lena Oberdorf and Rebecka Blomqvist made it 3-0.

The goal was Blomqvist's fourth in the league since she joined the club last winter.

She was then replaced in favor of the windswept Dutchwoman Shanice van de Sanden.

Then the team's second Swede, Fridolina Rolfö, stepped forward and made it 4-0, which was also the last goal of the match.

The next match, on May 9, will determine whether Wolfsburg or Bayern Munich will win the league this season.

Then they meet in Wolfsburg and the home team is likely to need a victory as they are currently two points behind league leaders Bayern.

After that meeting, only two rounds remain.

CLIP: Rolfö about the club election: "Feel no stress"

Fridolina Rolfö: "Feels no stress - should be right" Photo: Bildbyrån