The previously so loss-heavy Buffalo can add another victory to the action. Rasmus Dahlin was one of the goal scorers when the team took revenge against Boston 6-4 in NHL ice hockey. 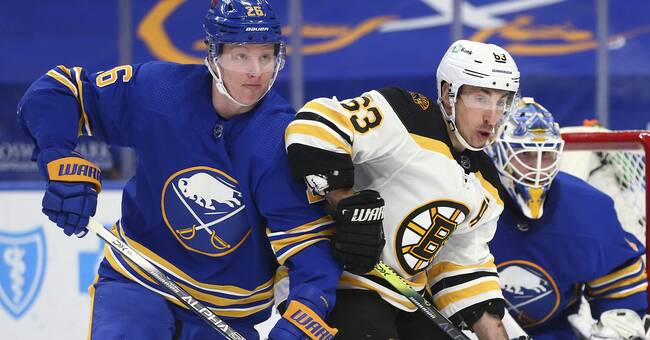 After two straight losses against Boston, Buffalo managed to get a hole in the opponents' defense, the night before Saturday.

Match hero was Buffalo's Sam Reinhart who fixed a hat trick, of which his first goal was played by the Swedish teammates Rasmus Dahlin and Victor Olofsson.

Mattias Samuelsson also got two points in the form of two assists before the match was over.

At the other end of the rink, Buffalo's 22-year-old debutant in the goal, Finnish Ukko-Pekka Luukkonen, played great, saving 36 pucks in his very first NHL game.

Of course it is something I will remember for a long time, the 22-year-old said after the match, reports nhl.com.

Excluded from the playoff battle

Boston, which is struggling to maintain its fourth place in the division and thus pinch a place in the Stanley Cup playoffs, almost caught up with Buffalo in the third period through three straight goals in five minutes.

The team picked up a 1-5 deficit to 4-5, before Sam Reinhart punctured the match by hitting Buffalo's sixth goal in Boston's empty cage in the final minute.

For Boston, the loss means the New York Rangers are buttoned up in the playoffs.

Rangers won at the same time over Philadelphia with 4-1 and is now six points behind Boston, but with two more games played.

Oskar Lindblom scored Philadelphia's only goal of the match and the team is eleven points behind Boston, in sixth place.

Despite tonight's victory, Buffalo is excluded from the playoff battle.

The team is still last in its division, in eighth place.

Colorado to the playoffs after two goals by André Burakovsky.