The Franco-German Champions League dominance has been dominant. But countries like England and Spain are about to run away from the old football giants, says Chelsea's Magdalena Eriksson before this weekend's semi-finals. - Just because you have been a leading nation a few years ago does not mean that it is so today, says Eriksson. 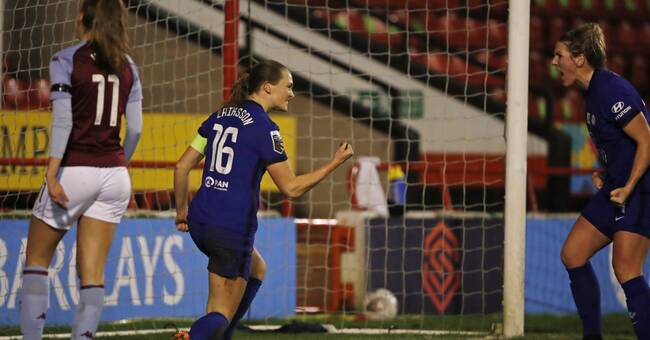 And in a slightly longer perspective, in principle only German teams have been able to challenge the French star club.

Since 2008, the tournament has been won by either Lyon or a team from the Bundesliga, Wolfsburg, Frankfurt, Potsdam and Duisburg.

But that is changing.

"Women's football is taking steps all the time"

England, Spain and Italy have all invested more and more in their women's leagues in recent years, and it is starting to pay off.

- It is important to keep up with developments.

Just because you have been a leading nation a few years ago does not mean that it is so today.

- I think that England has been the new nation that has taken the torch and really professionalized women's football to new levels.

Barcelona, ​​for example, reached the Champions League final two years ago and is now back in the semi-finals, against Paris SG.

In the second semi-final, Chelsea will face Bayern Munich.

For the English Super League, a milestone was reached when the banking giant Barclays entered as the title sponsor for the top league in 2019, another when the Super League recently signed a historic television contract for the next three years with Sky and the BBC, worth the equivalent of SEK 285 million.

It's fun to be part of that journey and to be in place and see when it happens.

To see that the league becomes attractive and big players from other countries and big star players from the USA want to come and play in the English league, Chelsea's Jonna Andersson told SVT earlier in April.

But there are still some jobs to do, says Eriksson.

- The four or five best clubs are very professional when it comes to facilities and the resources that the players have.

But behind that, there is still a small gap to the others.

Magdalena Eriksson is not surprised that American stars such as Morgan, Samantha Mewis, Tobin Heath and Rose Lavelle have chosen the Super League over other European leagues.

- I think many people look at England as an exciting league.

For example, with this new TV deal, it feels like something new is happening before each season.

It is a league that everyone wants to play in, where it is the best competition and toughest matches, says Eriksson.