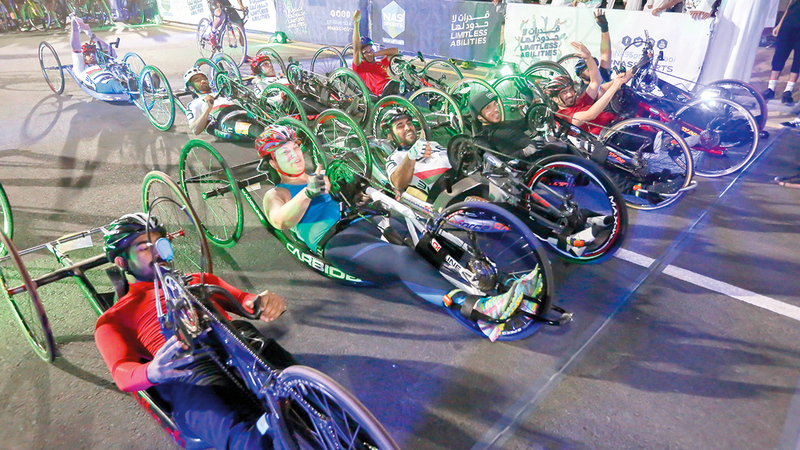 The cycling competition for women for the open and amateurs categories and the People of Determination category for 75 kilometers will start at ten in the evening, as part of the Nad Al Sheba Sports Tournament that is held annually in the month of Ramadan at Nad Al Sheba Sports Complex, and its competitions will continue until April 29, according to the approved precautionary measures. From the official authorities in Dubai, and the special sports protocols approved by the Dubai Sports Council for all sports.

The organizing committee said in a statement, "The race will start in front of the Falconry and Heritage Sports Center in Nad Al Sheba, as the runners will start in groups, separating each group and the next two minutes."

She added: “In the open category for women, female athletes from clubs and national teams are allowed to participate in official races inside and outside the country, whether citizens or residents, while participation in the women's amateur race will be limited to female national players only, and no player belonging to a club in the country is allowed to participate in it. , Or you have an official cycling card issued by the Emirates Cycling Federation.

He explained: “The race includes the category of people of determination from among citizens and residents, who are allowed to participate in road bikes for People of Determination and hand bikes in which only hands are used. From the date of its announcement ».

The cycling competitions will conclude tomorrow with the national amateur race for men.