Barcelona praised and mocked in the La Liga match

As usual, Barcelona were hailed by their opponents for the cup title in the Copa del Rey. But Getafe sent with a sour pass in his tribute. The "Champions League - Earn it" t-shirt was a clear criticism of the Super League plans. 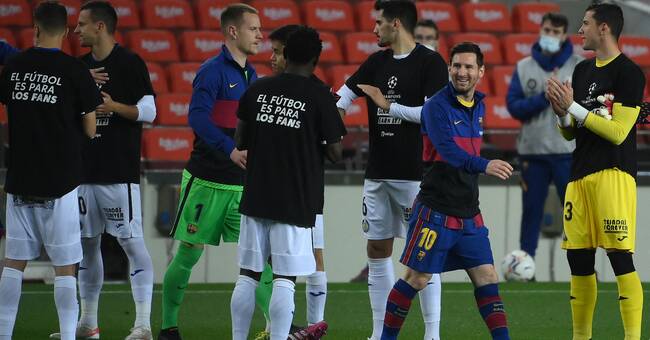 The tributes with the salute of Getafe before kick-off were a bit of a double message.

The announcement on Getafe's shirts was directed at Barcelona's plan to start the Super League as one of twelve clubs.

Plans that were later withdrawn after massive criticism, especially from fans all over Europe.

But in the match itself, Barcelona did not allow themselves to be significantly affected by Getafe's sour pass.

Thus, Messi reached 25 goals this season, and he is also the only player in Europe's top leagues to have scored 25 goals or more in the last twelve seasons.