What looked to be a walking victory for Pittsburgh ended with nail-biting excitement in the closing seconds. New Jersey picked up a lot in the third period which they won 6-1, but the six goals on eleven shots in the period were not enough all the way but Pittsburgh won 7-6 and a playoff spot is now out of reach for New Jersey. 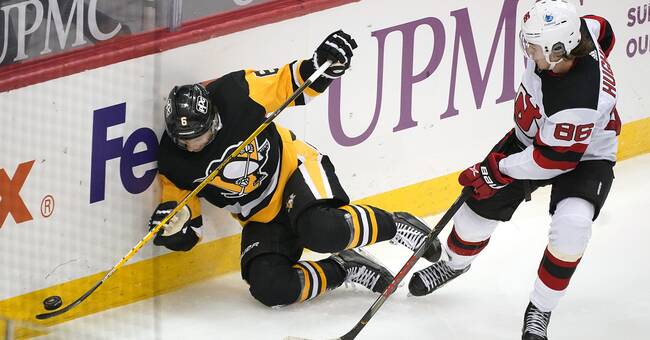 For 40 minutes, Pittsburgh held the box on the home ice.

After two periods played, they led 6-0, but the talk in New Jersey's locker room must have been something very special, because the team went out on the ice and thundered in six goals in the final 20 minutes.

- We just wanted to come out and win that period.

In ice hockey, you must never quit.

Second worst in the entire league

And probably it was a message of strength.

The guests won the final period 6-1, but the final result 7-6 to Pittsburgh means that the playoff spot is out of reach for New Jersey, which is now a placement from the jumbo spot, the entire league counted.

Only Buffalo is behind the team in the count.

Pittsburgh started strong and already after the first period the team had a lead of 4-0.

The fourth goal was Jeff Carter's first for the team - he was transferred there from Los Angeles last week.

The goal was completed by New Jersey's Swede Andreas Johnsson, who scored the 7-6 goal in the final seconds of the match.