Koeman: "UEFA only cares about money"

The earthquake caused by the creation of a Super League that is crumbling by leaps and bounds has also left its particular mark on Ronald Koeman. The coach of Barça, ... 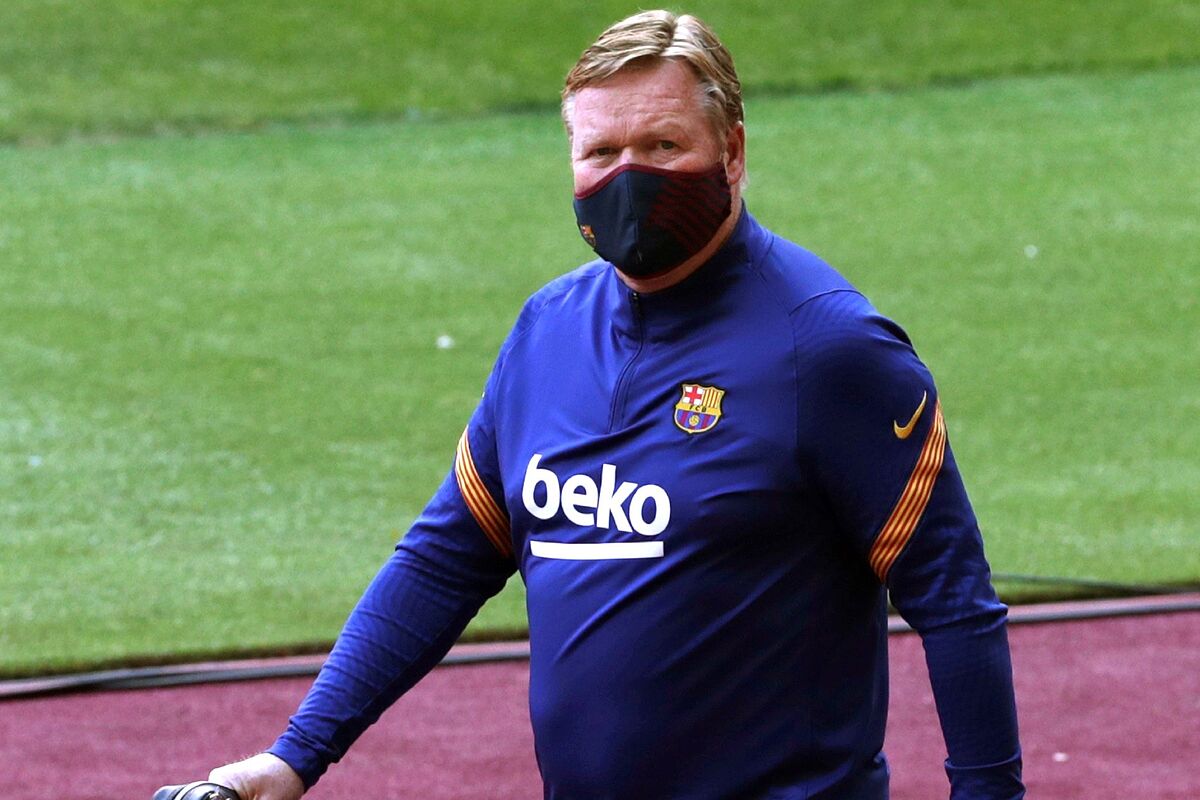 The earthquake caused by the creation of a Super League that is crumbling by leaps and bounds has also left its particular mark on Ronald Koeman. The Barça coach, initially, as Zinedine Zidane did in the press conference prior to Real Madrid's duel with Cádiz, did not want to get wet about it. But, in the end, he has ended up dropping that the project, personally, is not entirely to his liking. Something that does not mean, either, that he stands next to a UEFA that, in his opinion, is driven above all by greed.

"I spoke with the president yesterday about the Super League. He explained to me what the club's position was, but, after so much movement, it is better not to comment on it. Many things have happened, many teams have already left it and I did. What I want is the best for the entity ", began a Koeman who understands that it is

who should communicate Barça's position. "I am not the spokesperson, it is the president. My job is to prepare the game. There is so much movement with this issue that we have to wait to see how it ends. It does not surprise me. We want the best for the club, but, if there is someone who he must talk about this, he is clearly the president, "the Dutchman continued.

Although he even went so far as to assure that he was not going to answer any more questions about the Superliga, finally, on a personal level, he said he coincided with a

who does not seem to agree very much with the Super League. "Football belongs to the fans," the center-back said in English on Twitter. "I agree with Piqué's tweet," conceded a Koeman who, on the other hand, also charged against the new Champions. "I agree with what Pep said, the number of matches is very high. Everyone talks about the Super League and the new Champions League. UEFA is talking about everything, but it does not listen to football people, clubs, to the coaches and the players. He only cares about money. Even in Spain there are many games and the time of the matches, like tomorrow, when we play at ten o'clock at night, is not the best for football. First of all, there are to protect the footballers ", settled the Barcelona coach.

"In Holland there was talk of bringing together the best teams with those of Belgium. It is normal for club presidents to think about the future, but, in many things, you don't have to change football," said a Koeman who, for On the other hand, he considers that the Copa del Rey achieved against

on Saturday reinforces his aspirations to fight for the League.

"The image of the team the other day in the final was very good, with attitude and level of play. It is not just a title. We have been improving things for a while and I think people are happy with us. We are working well, but I know that everything depends on the results. What we are doing is something great, "he stressed.

FútbolMacron, against the Superliga: "It threatens solidarity and sporting merit"