Developments tonight: The PL clubs have withdrawn from the Super League

Manchester City was first. Then the remaining five hooked on. Now all the clubs from the Premier League that were supposed to play in the Super League have withdrawn. 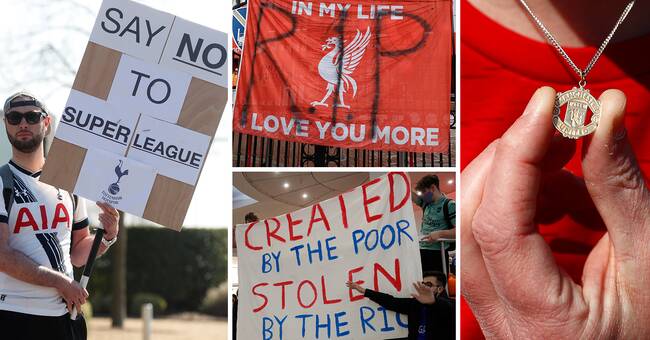 The Super League slowly began to collapse on Tuesday.

Information began to leak in the British media that Chelsea and Manchester City were close to withdrawing from the newly started project, "Super League" after the massive storms of criticism from the prospective clubs' supporters.

Manchester City were the first to confirm on their website that they are withdrawing from the Super League and after that, all of the other intended clubs from England - that is, Manchester United, Chelsea, Arsenal, Liverpool and Tottenham - have hooked on.

"As a result of listening to you and the wider football community in recent days, we have decided to withdraw from the Super League.

We made a mistake and apologize for that ", Arsenal writes on social media.

Manchester United only went out on Tuesday night and announced that the club's CEO, Ed Woodward, has decided to resign.

Woodward, who himself had been one of the driving forces behind the Super League project.

Then the club wrote nothing about its position on the issue, but it came later on Tuesday night:

"We have been listening to the reactions of our fans, the British Government and other key stakeholders.

After that, we have decided that we will not participate in the Super League ", writes the club.

Rumors also in other countries

There are also rumors in Spain that Barcelona and Atlético Madrid will be close to making the same decisions as the clubs from England.

But this information has not yet been confirmed by the clubs.

CLIP: Here Chelsea fans are celebrating that the club is withdrawing from the Super League

Fans celebrate after information that Chelsea is leaving the Super League Photo: TT