After the dropout: The Super League is reviewing how the league can be transformed

Several clubs have chosen to withdraw from the Super League. Now the league will review how the project can be transformed. "The goal is to offer fans the best possible experience," the league wrote in a statement. 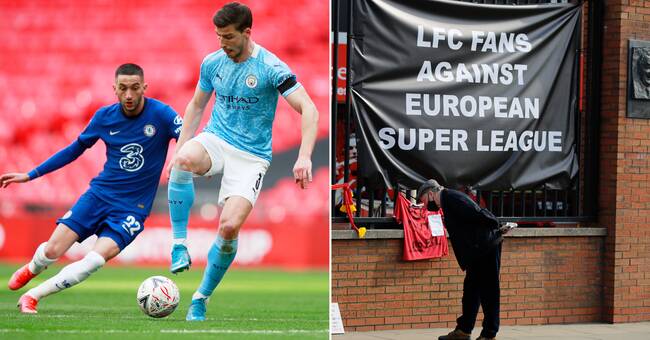 Just a few days after the Super League was launched, the newly started project is being disbanded.

All six prospective clubs in the Premier League have chosen to withdraw and according to rumors, several teams in Italy and Spain are about to follow.

In a statement on Wednesday night, the Super League writes that they have now decided to review how the project can be transformed.

"Due to the situation that has arisen, we are considering how the project can be transformed with the goal of offering the fans the best possible experience and at the same time strengthening the solidarity payment between the clubs."

The Super League has met with much criticism since its launch late Sunday.

SVT's reporter on site in London, Jonas Sverin, says that the departure of the PL clubs is today's big news.

- This dominates the front pages of all English newspapers and it has done so all this week.

It is written that this is a victory for the fans against the billionaire owners.

The Super League will contain twelve major European clubs from the United Kingdom, Italy and Spain.

The league must be closed and played in parallel with the domestic leagues.