Bayern win against Leverkusen without any problems and can perfect their ninth championship title in a row in Mainz on Saturday. For Munich it will only be a matter of form. Eintracht Frankfurt continues on course for the Champions League. 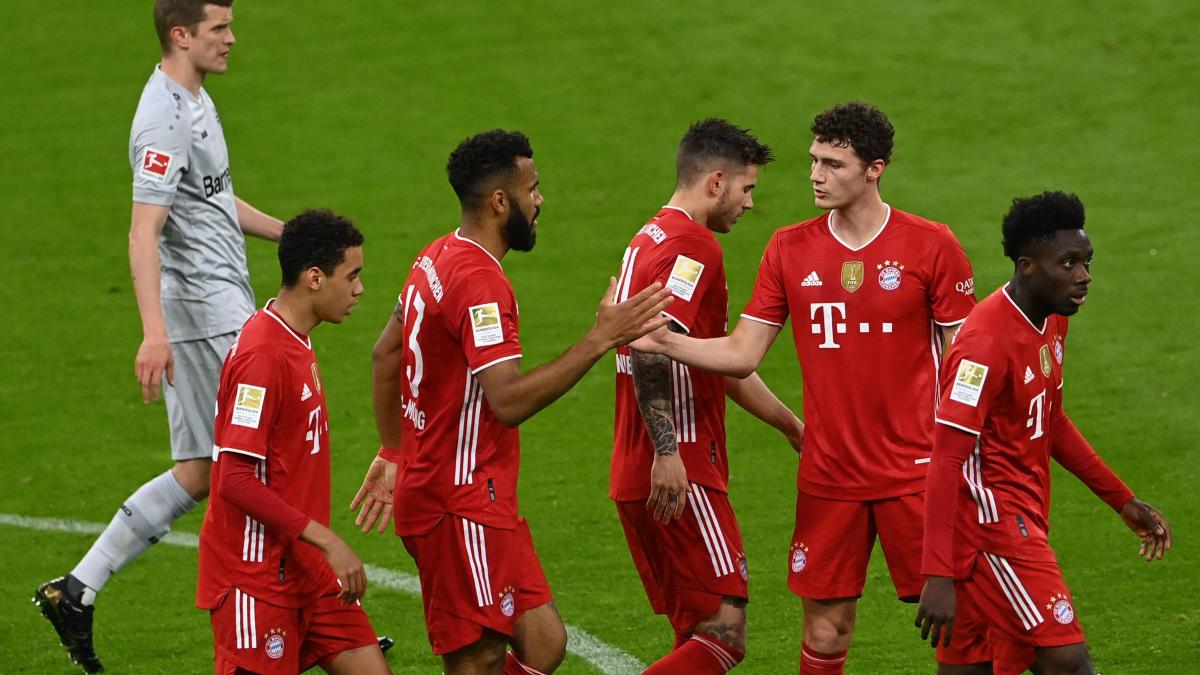 Hansi Flick's farewell tour is about to be completed.

Exhilarated by the mistake of pursuers RB Leipzig, FC Bayern made the penultimate step to the title with the 2-0 (2-0).

After the fuss about Flick and his publicly expressed wish for an early termination of the contract in the summer, his stars wanted to make the next victory on the way to the 30th championship in Bundesliga times and thus to make the fifth star.

They quickly made things clear.

It would be the seventh title with Bayern for national coach candidate Flick.

World footballer Robert Lewandowski should also return to the ensemble against Mainz after his knee injury.

On the perfect Bayern matchday even the clinched Flick and sports director Hasan Salihamidzic cheered together when they gave each other a satisfied clap after the early lead.

Three days after Flick's hotly debated appearance after the win in Wolfsburg, the players did not feel any uncertainty.

Eintracht Frankfurt has found its way back on the road to success and put the competition in the fight for the Champions League under pressure.

The Hessians came to a 2-0 (1-0) victory against FC Augsburg and moved up to third place in the table with 56 points at least overnight.

Returnees Martin Hinteregger in the 37th minute and striker André Silva (58th) with his 24th goal of the season scored the goals for Eintracht, who quietly saw the appearances of rivals VfL Wolfsburg (54) and Borussia Dortmund (49) on TV on Wednesday can track. Augsburg, for whom Alfred Finnbogason (73rd) missed a hand penalty, are still not sure of staying in the class with 33 points.