The European Super League could take its first major setback just hours after its creation. Chelsea, one of the twelve founding clubs of the new competition of the ... 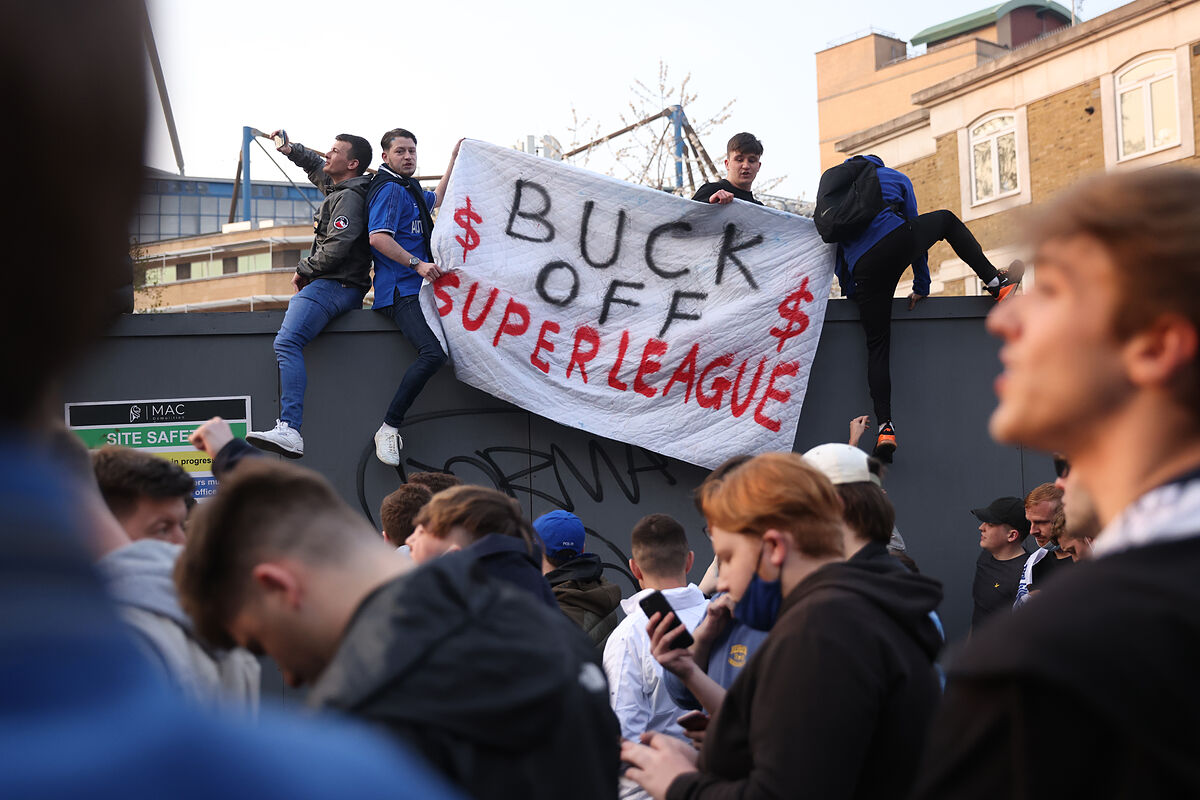 could take its first major setback just hours after its creation. The

, one of the twelve founding clubs of the new competition of the continental football prepares Tuesday the

necessary documents for output of the project

While waiting to know more details about the situation, the directive led by the Russian billionaire

would have felt very pressured by the criticism and protests of his fans, who have crowded the outskirts of

, stadium of the 'blues ', before the game against Brighton to show his anger at Chelsea's entry into the Super League. "Give people time," said

, the club's exporter and now an advisor to the board, to the fans who gathered in the street.

and return to the reins of UEFA. The highest organization of European football has insisted on Tuesday that if any of the clubs wanted to return, they would not put obstacles.

Along with Chelsea, several English media point out that

would also have the intention of abandoning the project.

In this case it is '

', which states that the team trained by

will not be part of the new competition.

The Catalan coach had been very critical of the project in his last press conference, and several footballers from the 'citizen' club had shown themselves against the Super League on their social networks.

SuperligaFlorentino Pérez: "We are all ruined, we do this to save football"