Reasons and dangers of the historic birth of the Super League: "Can you imagine a World Cup without Messi? Would Adidas allow it?"

What had been for years a simple scarecrow with which some of the big clubs of the European bourgeoisie pressed UEFA in search of better loot has ... 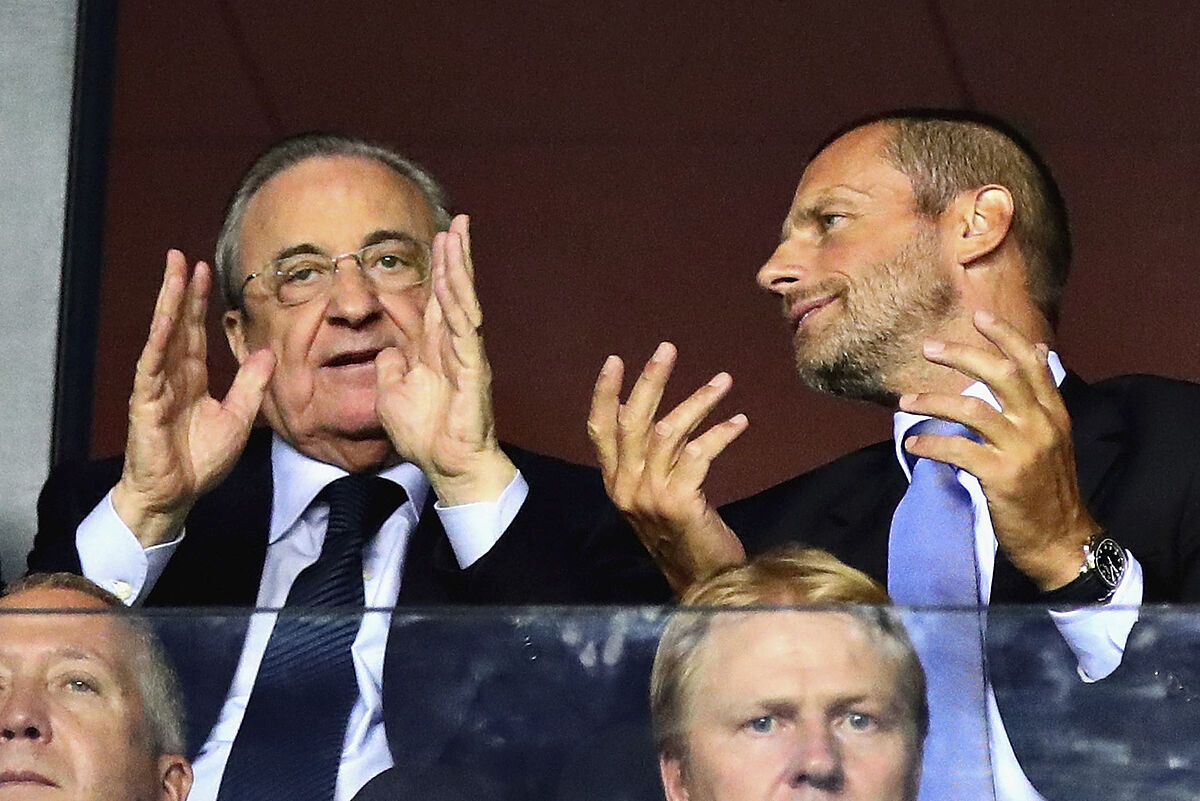 What had been for years a simple scarecrow with which some of the big clubs of the European bourgeoisie pressed UEFA in search of a better booty has ended up becoming a unilateral declaration of rupture.

Twelve clubs, this time yes, have decided to sign for the creation of a Super League chaired by

and breaking with the theoretical balance in competitions imposed by the highest continental body for more than half a century. As announced by the elites in a statement, the three Spanish clubs (Real Madrid, Barcelona and Atlético), six from the English Premier League (Manchester United, Manchester City, Liverpool, Arsenal, Chelsea and Tottenham) and three more have adhered to this plan. of the Italian Serie A (Juventus, Milan and Inter). The sources consulted by EL MUNDO clarify that both the Germans Bayern Munich and Borussia Dortmund, as well as the French champion, PSG, despite not having joined the founders for now, will do so in the coming dates. The tournament, which the organizers plan to start next August, will be completed with five invited teams.

The format is as follows: "The clubs will be divided into two groups of ten, which will play back and forth matches; the first three of each group will automatically qualify for the quarterfinals. The teams that finish in fourth and fifth position will play. an additional two-legged playoff. Subsequently, two-legged playoffs will be played starting in the quarterfinals to reach the final, which will be played as a single match, at the end of May, at a neutral venue. "

With the current Champions League award system, which UEFA has already sought to increase in fear of a schism, the 32 participating teams have to share 2.04 billion euros.

The last two winners of the competition pocketed just over $ 100 million.

3.5 billion as a down payment

The Super League claims to have multiplied all those figures. So much so that the founding clubs will receive a single payment of 3,500 million euros to be distributed "dedicated solely to undertaking investment plans in infrastructure and offsetting the impact of the Covid pandemic." Not only that. The organizers plan to distribute more than € 10 billion in so-called solidarity payments over the commitment period of the clubs involved. The financing will be provided by the investment bank

The European Club Association (ECA) ended up being a troupe in the face of the position of power of those involved in the creation of a new order. The big clubs chose an ideal moment to launch an ordeal that could already have a definitive aroma, no matter how much the legal battle that may follow dismembers the possibility of an agreed separation. Today, UEFA, chaired by

approve the reform of the Champions League (with the expansion from 32 to 36 teams and a complicated regular league system prior to the playoffs), as well as the economic distribution for the 2021-2024 cycle. It will?

For now, the highest European body, aware that the aforementioned clubs had signed the creation of the Super League in the last hours, had no other choice but to take action yesterday.

He did so even before the rebel entities made their position official, and through a statement full of threats.

Many of them perhaps unaffordable if one attends to what happened in his day with the creation of the Euroleague basketball behind the back of FIBA, forced to give up and see how the great players were left out of their business.

"As announced by FIFA and the six Federations, the clubs in question will not be able to play in any other competition at national, European or world level, and their players could be deprived of the opportunity to represent their national teams," said the note. from UEFA.

«Can you imagine a World Cup without

Would Adidas allow it?

What would the broadcasting rights cost?

Can you imagine a Premier without Manchester United or Liverpool or a Spanish League without its three great teams?

Because it is impossible, "argued sources involved in the negotiations for the creation of the Super League.

The big European clubs have no intention of abandoning national competitions, but they do consider that the Champions League formula has been exhausted.

That it has lost interest and that income margins have narrowed, so that entities at the financial limit after the hit of the pandemic believe they have found a new goose that lays the golden eggs.

LaLiga Santander A 41-day madness: the fields in which the most even League in almost two decades will be decided

Copa del ReyNo Cup there is no forgiveness: Koeman gambles his credit against an Athletic that has been on the way of the cross for 37 years