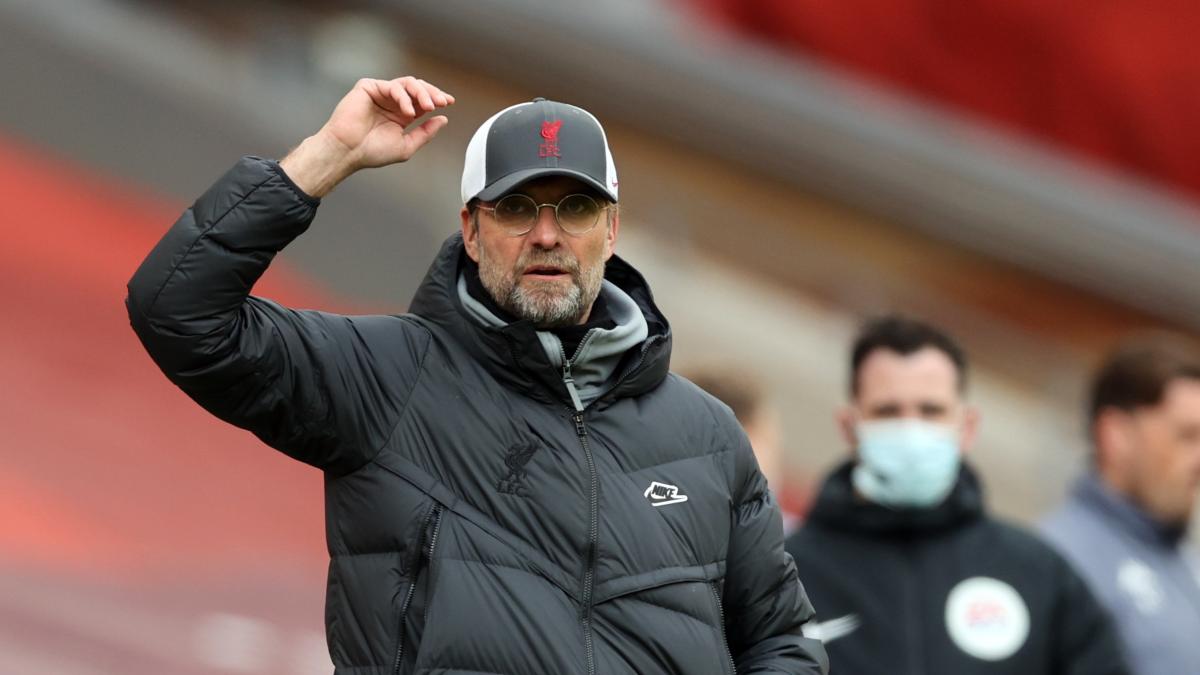 The heavyweights of European football are serious.

This was announced by several clubs such as the English champions Liverpool FC on Monday night.

German clubs have not yet joined the alliance.

The announcement of the league, which was initially named both "European Super League" and "Super League" in the announcement made by its founding clubs, came just before the upcoming executive meeting of the European Football Union on Monday. Since the UEFA wants to increase the premier class from 32 to 36 participants and the introduction of a new mode. This should apply from the 2024/25 season.

But the top European clubs have other plans.

In addition to Liverpool, the other Premier League clubs Manchester City, Manchester United, Arsenal FC, Chelsea FC and Tottenham Hotspur as well as the top Spanish clubs Real Madrid, FC Barcelona and Atletico Madrid as well as the Italian trio Juventus Turin, AC and Inter Milan belong to the association .

Three more clubs are to be added.

The teams announced talks with UEFA and the world association FIFA.

“We will help football at every level and bring it to its rightful place in the world.

Football is the only global sport in the world with more than four billion fans and our responsibility as large clubs is to respond to their desires, "Real boss Florentino Perez was quoted as being chairman.

Immediately after the plans were published, FIFA sent out a statement in which it did not directly mention the new league, but nevertheless expressed its “disapproval” for all plans that were based on the “basic principles of solidarity, inclusiveness, integrity and equal financial redistribution”. not reflect.

A super league with 20 clubs is planned, five of which are to join via a qualification mechanism.

The games should take place during the week.

Two groups of ten are planned, the winner should then be determined via knockout games.

The founding associations should initially have 3.5 billion euros at their disposal.

Criticism from UEFA and FIFA

The plans for a super league had already leaked on Sunday and caused great criticism.

The European Football Union UEFA and the national leagues reacted a little later with a sharp threat.

The clubs would be excluded from all other competitions and their players would no longer be allowed to play for national teams, said UEFA.

The world association FIFA and the other continental associations had already announced this in the past.

The German record champions FC Bayern and Borussia Dortmund are not involved in the plans - as is the French champion Paris Saint-Germain.

“We would like to thank the clubs in other countries, especially the French and German clubs, who have refused to join,” said a UEFA statement on Sunday evening.

"The economic interests of a few top clubs in England, Italy and Spain must not result in the abolition of established structures in European football as a whole," said Seifert.

"It would be particularly irresponsible to irreparably damage the national leagues as the basis of European professional football in this way."

For far too long, the goings-on of a few major European clubs have been watched, ”wrote Koch, a member of the UEFA Executive Committee, in a statement.

Football is based on open sporting competitions.

"Those who do not recognize this will have to move out with their fans, players and teams from all floors of the world football house," said Rainer Koch.

Criticism from the European fan network

The English Premier League warned its clubs on Sunday against joining a super league and referred to the statutes, which are intended to prevent exactly that. Even British Prime Minister Boris Johnson joined the discussion and called the Superliga plans "harmful" to football. They would hit the heart of national football and affect fans across the country, Johnson wrote on Twitter.

There was sharp criticism from the European fan network Football Supporters Europe (FSE). "This closed competition will be the last nail in the coffin of European football and destroy everything that has made it so popular and successful," said a statement on Sunday. “These plans are fundamentally illegitimate, irresponsible and anti-competitive. What is more, they are driven solely out of greed.

The UEFA Executive Committee actually wants to vote on a reform of the premier class on Monday.

Two of the four new places are no longer to be awarded, as has been the case up to now, based on achievements from the previous season.

Instead, the placements of the clubs in the UEFA five-year ranking should be decisive.

This was a wish of the powerful club association ECA, which sits with two representatives on the executive branch of the Continental Association.

A consensus between the ECA and the UEFA Club Competitions Committee (CCC) on the details was reported on Friday.

The decision therefore seemed a formality.

The establishment of a super league was always discussed in recent years when it came to the distribution of TV money in the European Cup.