It was nine years since a Spanish team had stepped on a Final Four and Perfumerías Avenida in Istanbul was left on the doorstep of the continental title. The women from Salamanca were ... 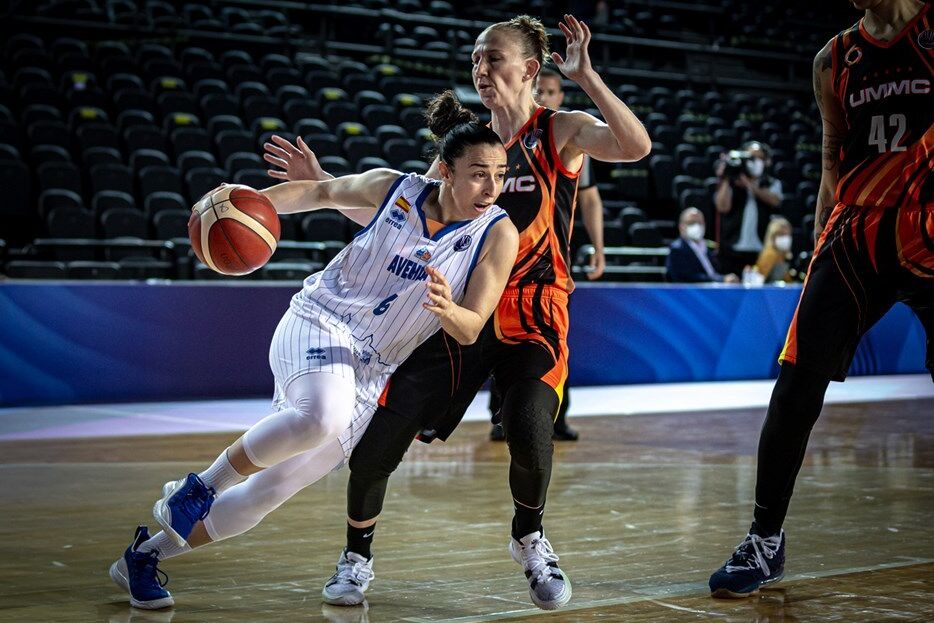 was left on the doorstep of the continental title

The women from Salamanca gave themselves fully in the final match against a 'Dream Team', that of UMMC Ekaterinburg (68-78).

, winner of the last four of the five editions of the Euroleague, a group that manages a budget of 13 million euros, higher than that of many CBAs.

The same Spanish coach assures that they are "the best team in the world, including the WNBA."

And so it demonstrated with its plethora of stars, although the Perfumerías made the cut since dawn.

There, without complexes at the Volkswagen Arena, he

surprised with a 19-7 led by Tiffany Hayes

, who scored in every possible way (he finished with 29 points).

Although also in that frantic start, the Salamancans lost to Maite Cazorla due to an ankle injury.

The Russian reaction came with a change in defense that left the Spaniards dry: they could barely score nine points in the second act.

The gap continued to grow, with

dominating the painting and Breanna Stewart going on the attack.

They are two of the best players in the world, references of the USA Team.

But when it seemed like an impossible mission (30-43), the self-esteem of

, who played his seventh Final Four in the last nine years.

Without giving up, they rowed until they put all the meat back on the grill, hurting Milic, and cuddling until dreaming (57-59).

The Salamanca women lacked the strength for heroism. For a feat that would have been comparable to that title they achieved a decade ago. Even so, the 'silver' confirms the rebirth of Spanish women's club basketball, which crossed its particular desert. A week ago,

was proclaimed champion of the Eurocup.

If Miguel Méndez prolonged his relationship with glory, Alba Torrens directly made history.

The Balearic won her sixth continental title, something only available to

Women's BasketballRaquel Carrera, the 19-year-old "silent leader" who is not afraid of hot balls