Kipchoge is king again before the Olympics

In times of pandemic, a marathon, no longer without an audience, also without buildings, without streets, with practically nothing. This Sunday Eliud Kipchoge had to run, the best ... 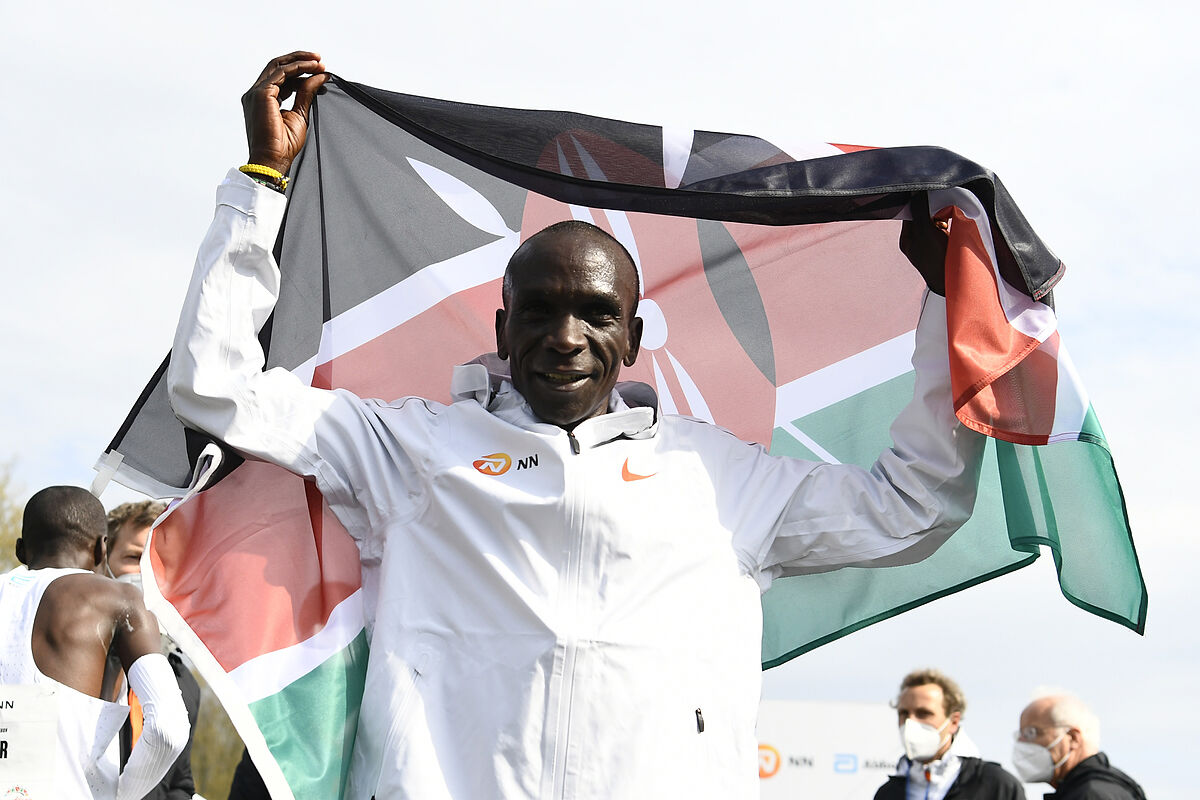 In times of pandemic, a marathon, no longer without an audience, also without buildings, without streets, with practically nothing.

, the best marathoner in history,

in an airplane graveyard near Twente, in the Netherlands, from one side of a runway to the other, in a languid image.

Before the Tokyo Olympics, the Kenyan wanted an official race to get rid of the bad taste left by the last London marathon and, with everything canceled, his sponsors did what they could.

The main one, the Dutch bank Nationale-Nederlanden, agreed to lease the Twente facilities and there Kipchoge ended up between aircraft awaiting execution.

In such a place he could only take the marathon as a training.

None of his rivals had a chance to snatch the victory from him, so the world record holder's only objective was to set a good time, regain his sensations and prepare for the challenge he will have this summer: to revalidate his Olympic gold.

He did it almost without breaking a sweat.

For Kipchoge it was not a day in history, just one more day, and he showed it from the beginning.

Beyond the inhospitable scenario, their hares only squeezed between kilometers 5 and 10 and then they let themselves be carried away to the point that at kilometer 25, before the agreed time, Kipchoge passed them and left alone.

At that time only one runner, the Kenyan

still with the favorite, but he did not last long at his side.

At the finish, in fact, he entered more than two minutes later (2:06:40) with Eritrean

The only Spaniard in the competition,

In the female category, on the other hand, joy for the selection.

In her debut in the distance,

, from Valencia, finished ninth and, what was more important, with a ticket to the Games.

His record (2:29:28) was just two seconds below the minimum, so he will form a team in Sapporo - the Olympic marathon will not be in Tokyo - with

More sport Ultramarathon, the mental challenge to run 158 km without stopping: "I think about whims: a paella, a sandwich"