Klopp's lament: "That Salah usually marks with his eyes closed"

Perhaps it was his best game of a season where he has moved through quicksand. And he couldn't even beat Thibaut Courtois after 15 shots and 11 corners. The... 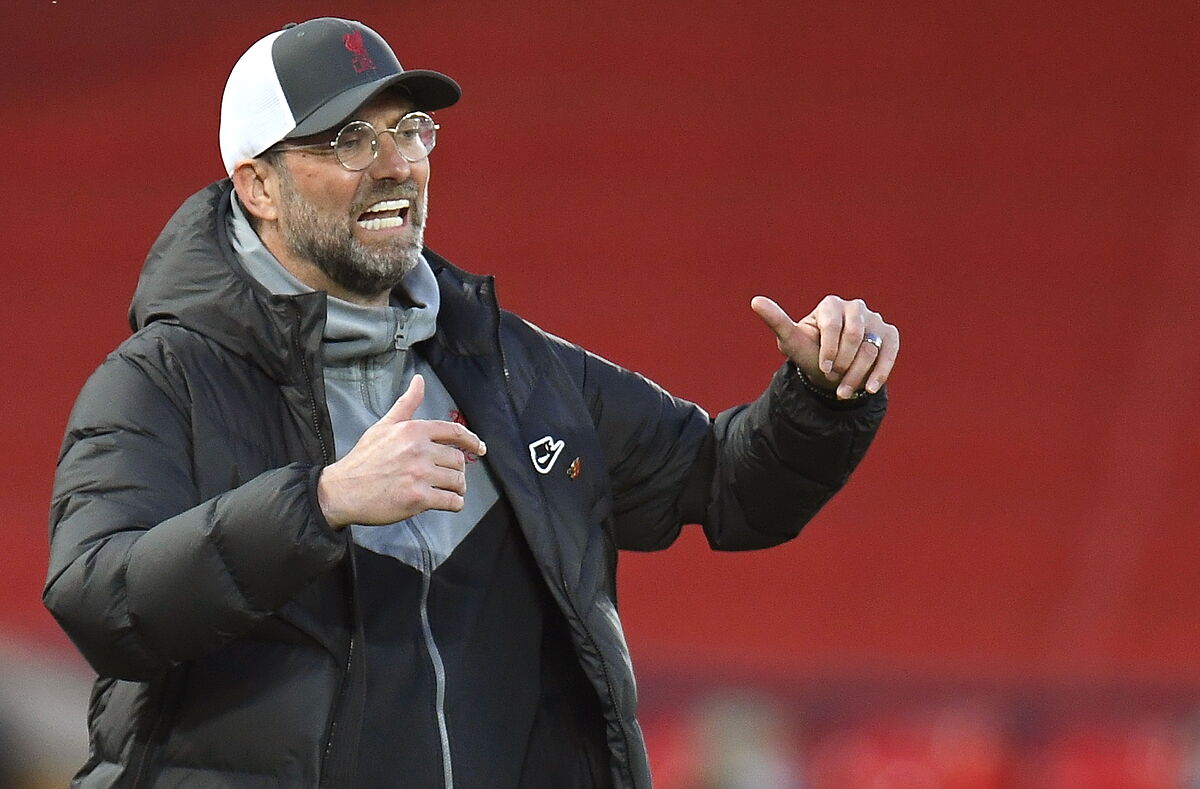 Perhaps it was his best game of a season where he has moved through quicksand.

And he couldn't even beat

Liverpool's finishing clumsiness crowns a year where their record at Anfield is reduced to 29 goals in 21 games.

has little to blame for himself

“Today the same thing happened to us throughout the year with the auction.

We lacked success and the experience of Real Madrid decided the tie.

We did everything well, but we are out, "admitted the German, with the nostalgia of someone who could not count on the encouragement of The Kop.

The desolation in the stands, only populated by a few illustrious such as

, was intended to be alleviated thanks to the voice of

Under those Ring of Fire chords Liverpool jumped onto the prairie, to the cornet call of

A bulldog wearing the captain's armband.

The closest thing to that leader Klopp longs for since Henderson's injury.

ability to go back and forth

, but with his usual boldness, Milner was all Liverpool needed to believe in himself.

At 30 seconds, his tremendous stomp on

not even called a foul by

Milner was clenching his stone jaw, sharpening the shot from the crescent, for Courtois's snatch.

Liverpool had nothing to do with that unlikely gang that paraded through Valdebebas.

A team with the guts to fit in without a blink of Casemiro's terrible blow.

Milner fell six feet from his bench, but straightened immediately.

An hour they held the captain's legs.

What the illusion to Liverpool.

"There was no way"

"We did not lose the tie today. We lost it in Madrid. Today was uncomfortable for them. We were good, we were aggressive and we had chances. I don't care about the" what ifs ", settled the former Dortmund coach, who had played it at the 60th minute giving up

on the left side, with

on the other side and

But it was another gloomy night for

, dragging his 2-minute ruling against Courtois into his spirits.

We know how many times

with his eyes closed.

But today there was no way, "concluded Klopp.

"If we had gone 1-0 up, it would have been different," concluded the German, whose only desire is now limited to the Premier League.

With seven games to go, the fight for the Champions League positions will be elucidated against Leicester, West Ham and Chelsea.