Sevilla triumphs at the Balaídos festival

Yago Aspas warns that Celta must pursue the objective of qualifying for the European competition, for that Celta need to be a solid team in Balaídos, without being ... 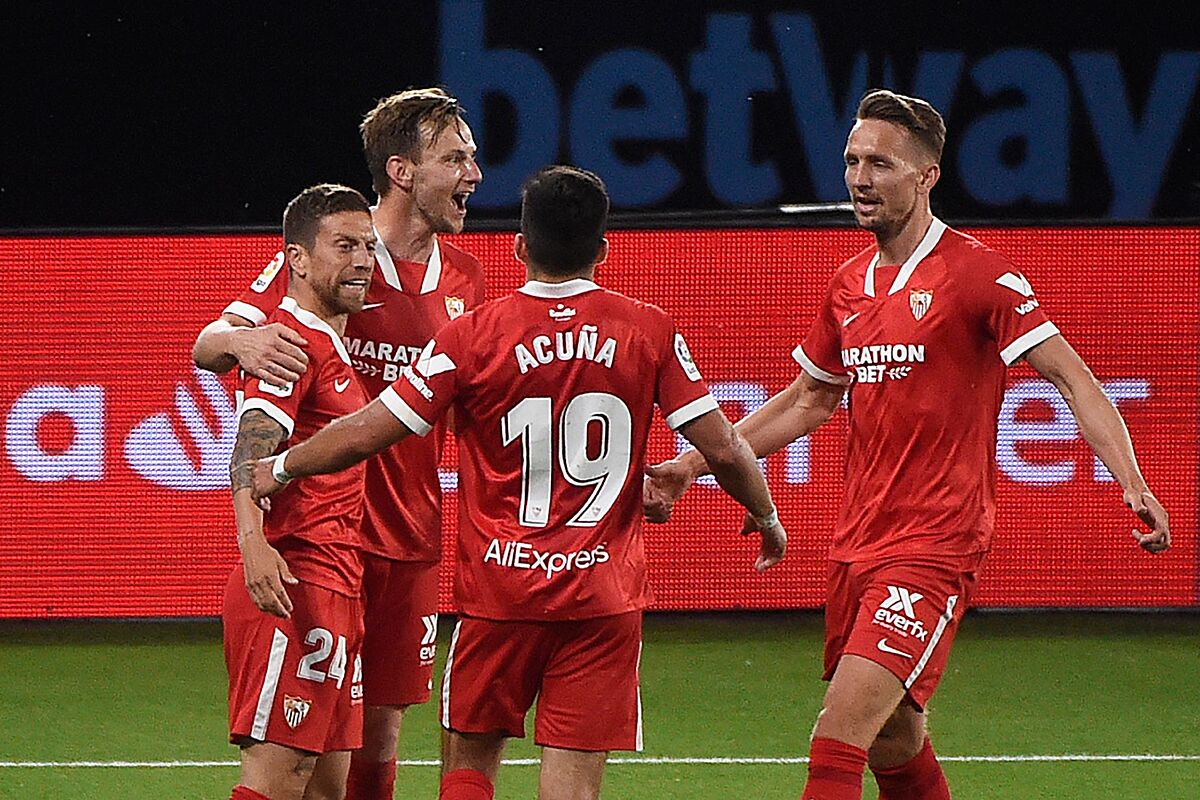 Yago Aspas warns that Celta must pursue the objective of qualifying for the European competition, for that Celta need to be a solid team in Balaídos, without being intimidated by the enemies.

A condition that he breached last night in a thrilling duel against Sevilla, with a goal festival (3-4).

Prize for Julen Lopetegui in his 100th game as coach of the Seville squad.

The meeting began with an exchange of blows in which the Sevilla fans were more effective.

Seven minutes later they went ahead with a goal from

, the result of a phenomenal header from Acuña's corner kick.

The maximum penalty was transformed into a goal by

, who celebrated with anger.

The highly motivated Galician forward turned the game around with a new goal after an assist from Denis Suárez.

Third goal in two days of the international.

The meeting in Balaídos became a round trip, with constant alternatives.

Shortly after the half hour,

, with a lucky shot that hit a defender, achieved the equalizer.

after a pass from Denis Suárez.

The scoring bloodletting continued in the second period, with goals from

, after an error by Aidoo.

A hard-fought victory for Sevilla that serves to establish itself in the upper zone of the table.