Video: Al-Ahly and Zamalek players exchange chants that insult the symbols and the entity of the two clubs

The pioneers of social networking sites shared videos of Al-Ahly and Zamalek players (born 99) after the two teams' match at the top of the Egyptian Youth League for football, which ended with Al-Ahly winning 2-1. 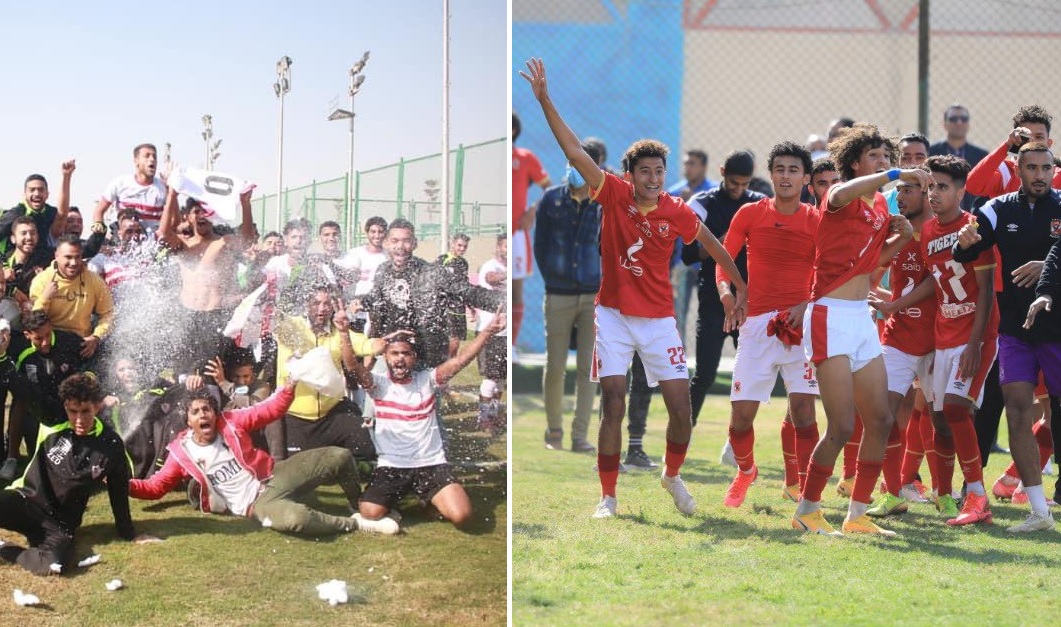 Video: Al-Ahly and Zamalek players exchange chants that insult the symbols and the entity of the two clubs

The pioneers of social networking sites shared videos of Al-Ahly and Zamalek players (born 99) after the two teams' match at the top of the Egyptian Youth League for football, which ended with Al-Ahly winning 2-1.

And the videos - which we publish what is suitable for circulation - showed cheers from the dressing room of both teams that carried offense to both clubs, as Zamalek player Imam Ashour led his team's chants for attacking the symbols of the Red Castle, led by former Al-Ahly club chief Saleh Selim and Hassan Hamdi, the former team goalkeeper and now the media, Ahmed Schubert. As for the Al-Ahly chants, they verbally abused the Zamalek entity.

Al-Ahly officials refused to respond to what was mentioned in the video circulating about Imam Ashour, and the Masrawy website said that a responsible source in the club refused to comment on this type of abuse in light of the state of respect with those in charge of managing Zamalek, adding that Al-Ahly management would not enter into a fight with Zamalek, and only commented: "We are governed by good relations as a work system with the Zamalek board of directors."

Video insulting of the defamation of Al-Ahly youth to Zamalek club in the confusion.

The video needed to encompass the whole world and deliver it to the Disciplinary Committee, so that if Imam Ashour, it will be punished.

For his part, journalist Ahmed Schubert launched a sharp and violent attack on Imam Ashour, against the backdrop of the events of the youth team's confrontation between Zamalek and Al-Ahly, and said during the "On Sport" channel: “You have the right to celebrate and be happy, and to play your coach, but to lead the player named Imam Ashour. Obscene chants with the players for big symbols and names in Al-Ahly, this is unacceptable. ”

He added:“ People said Mustafa Schubert was the star of the match and succeeded in confronting more than one goal, and by saying to Imam Ashour the last need of the stadium and the first need is education, that you impose yourself with your style and your respect on everyone . "

state of confusion after Ahli beat Zamalek, and celebrate their players to

competition in the identification of the

equal points, as the Aihtan appeared after the

first says that the

hero what I mean, Zamalek crowned the championship, while the second list came out to confirm that the result of direct confrontations is the decisive factor to determine the champion, as the two teams were equal in the number of points, which means Al-Ahly won the championship, but the Egyptian Football Association resolved the controversy by announcing a decisive match between the two teams on April 20.