On April 10, 2021, Efe Ajagba scored his 15th victory in as many professional boxing matches. The Nigerian won for the twelfth time by knockout. At 26, this former baker stands out as a… 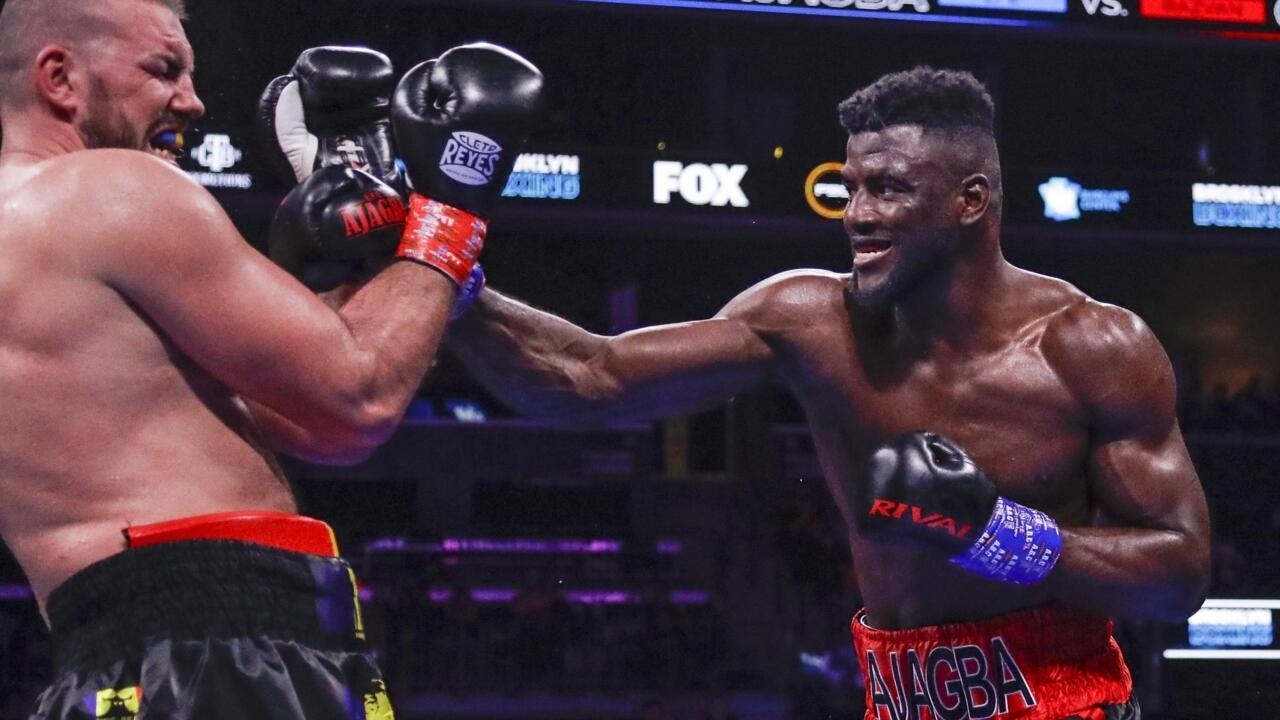 On April 10, 2021, Efe Ajagba scored his 15th victory in as many professional boxing matches.

The Nigerian won for the twelfth time by knockout.

At 26, this former baker has established himself as one of the rising stars in heavyweights.

Brian Howard was the victim of one of the knockouts of the year, April 10, 2021 in Tulsa (in the state of Oklahoma in the United States).

A punch from the left to the body followed by a brutal direct from the right to the face.

The American collapsed in the third round against Efe Ajagba.

Criticized last September for his lackluster performance against Jonathan Rice, the Nigerian this time silenced his detractors.

Quarter-finalist at the 2016 Games in Brazil, Efe Ajagba is still undefeated since his transition from amateur to professional boxing.

Just like his former “classmates” at the super-heavyweights in Rio, the Frenchman Tony Yoka, the Briton Joe Joyce, the Croatian Filip Hrgovic or the Kazakh Ivan Dychko who had beaten him at the last Olympic tournament.

The native of Ughelli (South of Nigeria) is now 15 successes in as many fights, including 12 by KO (technical or not).

His power seduced Top Rank, who signed him to a contract in August 2020. This prestigious promotion company also has Tyson Fury in its ranks, but also potential future opponents such as Tony Yoka and the Bulgarian Kubrat Pulev.

He wants a fight against Anthony Joshua in Nigeria

Thanks to his victory over Howard, the one who points to 11th place in the rankings of the WBC and the WBA (two of the four largest pro boxing federations) should soon enter the top 10 among heavyweights.

Playing a world championship certainly seems out of reach in 2021 for the person concerned.

But he already knows how he would like things to go: with a fight in Lagos against Nigerian-born British superstar Anthony Joshua.

It would be perfect

," he assured the Sky Sports audiovisual group in September 2020.

From baker to gold medalist

In Nigeria, Efe Ajagba is not yet as (re) known as Anthony Joshua or the two Nigerian mixed martial arts (MMA) world champions in the UFC, Kamaru Usman and Israel Adesanya.

He is popular and is gradually winning hearts here

He is remembered by people at the Rio Olympics and now that he has turned professional his knockouts, performances and power have caught the attention of Nigerians on social media.

If he continues his ascent and manages to face top fighters, I think he will also be at the same level as these guys

It must be said that this former baker, who dreamed of becoming a footballer, has already offered some distinctions to his country: a bronze medal at the 2014 Commonwealth Games and a gold medal at the 2015 African Games in Brazzaville, Congo.

A big room for improvement?

Not bad for an athlete who put on the gloves at 17.

Today, aged 26, Efe Ajagba still seems to have a lot of room for improvement.

He now trains with the famous Kay Koroma who has taken care of the stars Claressa Shields and Mikaela Mayer.

Nicknamed "The One and Only", Efe Ajagba remains in good hands.