Formula E: immersed in the heart of the DS-Techeetah team

This weekend, two Formula E ePrixes took place in Rome. One of the two races was notably won by the Frenchman Jean-Eric Vergne, of the &amp; nbsp; DS-Techeetah team. On the Roman track, the pilot was advised by technicians installed in a remote control room ... more than 1,000 kilometers away, in Satory, in the Paris region. &amp; Nbsp; 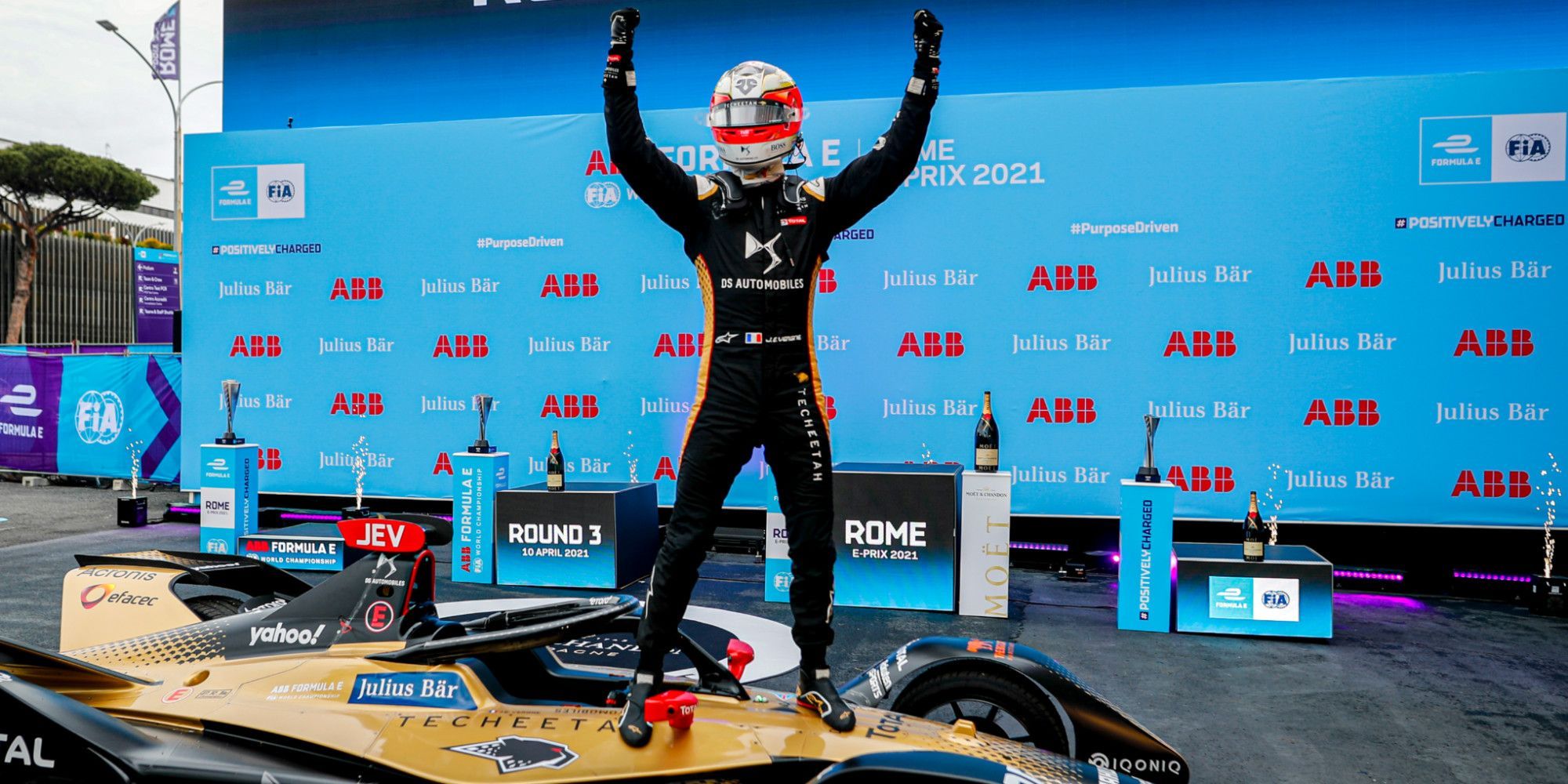 One of the two races was notably won by Frenchman Jean-Eric Vergne, from the DS-Techeetah team.

On the Roman track, the pilot was advised by technicians installed in a remote control room ... more than 1,000 kilometers away, in Satory, in the Paris region.

This weekend, Formula E landed its electric single-seaters in Rome.

During this race weekend, Europe 1 was able to access the very secret 'remote room' of the DS Techeetah team, in the industrial area of ​​Satory in the Paris region.

In this room, more than 1,000 kilometers from the race, technicians have real-time access to race data and assist their drivers.

Installed in the control room, the engineers listen to the coded conversations of their two pilots on the radio.

They have their eyes fixed on their numerous screens: time records, classification, remaining battery charge.

Everything is analyzed and passed on to their colleagues who, in the heat of the moment in Rome, do not have the time to manage everything.

Jean-Eric Vergne gave the DS-Techeetah team his first success of the season.

Eyes on the simulator

And, by the way, they take the opportunity to watch what the competitors are doing.

"There is a lot of information coming in via the TV stream, the radio stream, and we also analyze it to better inform our two pilots, modify their strategies, etc ..."

Next to this remote control room is, also out of sight, the simulator where Arthur Lehouck prepares the races.

"It's like when you pass the driving license: at the beginning, you have an instructor who helps you. I am the instructor who will give them advice so that they go really fast", he explains in detail. microphone of Europe 1. And thanks to this collective work, the Frenchman Jean-Eric Vergne gave the team his first success of the season.