Swedish giant turn against Canada - ready for the playoffs

After half the match was played, the Swedish team Edin was 5-1 down against the great nation Canada, but after 4-0 in Swedish favor in the final round, they finally won 9-7. Thus, Sweden is now, as the first team, ready for the World Cup finals. 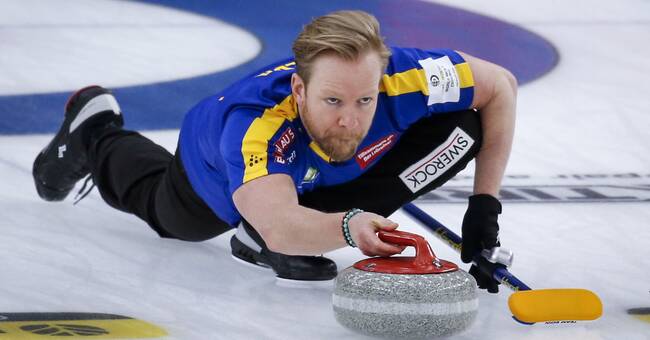 It did not start very well for team Edin against home nation Canada during the curling world championships in Calgary.

After half the match, they were down 5-1 and with one game left they were two points behind.

Then the Swedish victory suite during the World Cup seemed to end, but team Edin stepped forward when it was most needed.

Before the very last stone, Sweden had a point stone in the nest, but Edin then managed to send out Canada's most centrally placed stone and then suddenly four yellow Swedish stones were closest to the center and the victory was secured.

With two matches left to play in the group stage, Sweden is now the first team to secure a place in the playoffs and thus also a Swedish place in the 2022 Olympics.

Sweden has so far won nine and lost two matches during the World Cup.

Sweden and Canada have together won the last five world championships.