Foot: PSG throws a cold in Munich in the Champions League

Paris Saint-Germain won 3-2 on Bayern Munich on April 7, 2021 in Germany, in the quarter-final first leg of the European Football Club Cup (Champions League). In… 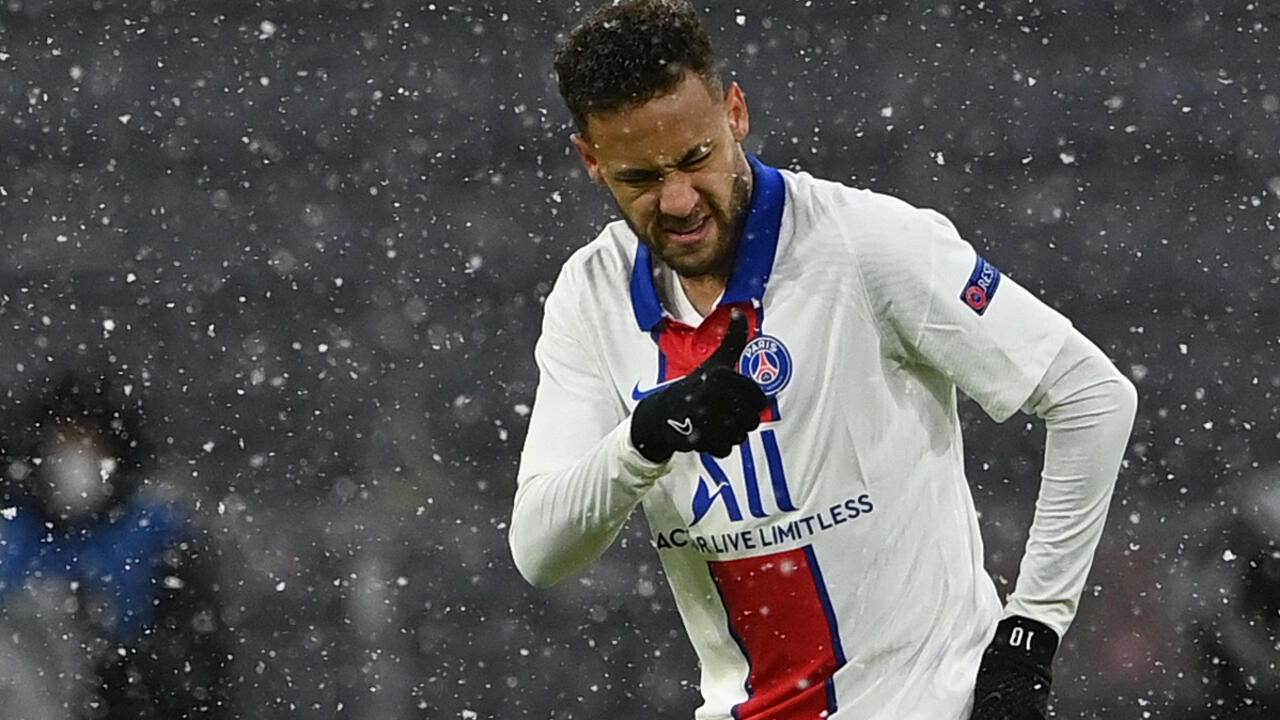 Foot: PSG throws a cold in Munich in the Champions League

Paris Saint-Germain won 3-2 on Bayern Munich on April 7, 2021 in Germany, in the quarter-final first leg of the European Football Club Cup (Champions League).

In the other evening Champions League meeting, Chelsea won 2-0 against FC Porto.

It will surely not erase the 0-1 defeat in the final of the previous Champions League (C1).

But this April 7, 2021 in Munich, Paris Saint-Germain (PSG) took revenge on Bayern and an option on qualifying for the semi-finals of this C1.

Rarely has the phrase "cold-picked" been so appropriate for a football game.

Under the snow of Bavaria, and while we have been playing for only 3 minutes, attacking midfielder Neymar slips the ball to striker Kylian Mbappé.

The latter tests the reflexes of the opposing goalkeeper, Manuel Neuer.

But the goalkeeper inexplicably lets the ball pass: 0-1.

New cold shower for the locals in the 28th minute.

On a release from the German defense, Neymar returns the ball in depth, towards the defender Marquinhos.

The Brazilian is not offside and can adjust Neuer: 0-2.

Choupo-Moting and an old tradition

Unfortunately for the Parisians, Marquinhos must leave the field prematurely, visibly affected in the adductors (30th).

Destabilized by this twist of fate, the champions of France?

Maybe if we judge by the marking error which allows Eric-Maxim Choupo-Moting to reduce the score with a sharp header (1-2, 37th).

On a cross from the right, the center forward, who replaces the usual holder Robert Lewandowski (injured), was indeed left alone at the penalty spot.

The Cameroonian has in the process reconnected with an old tradition: that of former PSG players who score against Paris.

After the break, scoring chances are linked on both sides.

Then for the Munich, the defender David Alaba trying his luck with a strike before the side Benjamin Pavard also collides with the goalkeeper Keylor Navas (53rd).

There is no third miracle on the part of the Costa Rican, on the other hand, on the hour mark. Like Choupo-Moting, striker Thomas Müller is left a little too alone at the penalty spot and can score from the head: 2-2, 60th.

He was on the receiving end of a free kick from versatile Joshua Kimmich.

Are we going to stop there?

Mbappé decides otherwise: left on the left in the 68th minute, the Parisian superstar transplanted in the axis and, with a lightning fake strike, a shooting angle opens between the Munich legs.

He lodges the ball in the net, still "conditioning" Bayern: 2-3, final score.

Despite some clear opportunities, especially from Choupo-Moting, Alaba and Müller, PSG leave with an away victory and can approach the quarter-final second leg of April 13 with a serious advantage.

The same goes for Chelsea who won 2-0 against FC Porto, after a meeting relocated to Seville for health reasons.