Champions League: winner against Porto, Chelsea takes an option on the semi-finals

Chelsea offered Porto (0-2) on Wednesday in their Champions League first leg, taking a big advantage in preparation for the semi-finals. 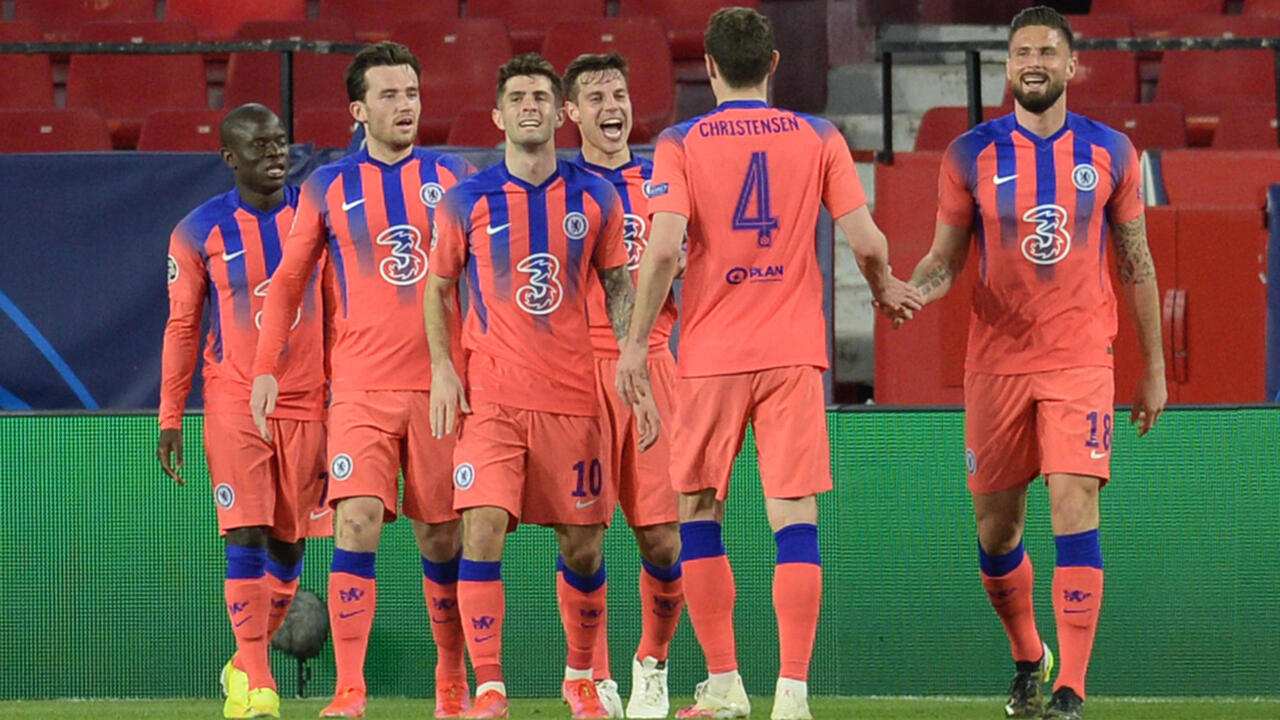 Thomas Tuchel continues to do wonders.

Chelsea took a big step towards the semi-finals of the Champions League by winning 2-0 on Wednesday (April 7) against Porto, in a first-leg quarterback relocated to Seville due to health restrictions in Portugal.

The young attacking midfielder Mason Mount scored the first goal, counted as away, before Ben Chilwell made the break at the end of the game.

These achievements put the Blues in a very good position to find the last four of the C1, which would be a first since 2014.

After their heavy and unexpected defeat against West Bromwich Albion this weekend in the Premier League (5-2), Chelsea were able to get back to the place by signing a match full of opportunism if not convincing and spectacular.

In the 32nd minute, Jorginho found an opening in FC Porto's compact block and threw young Mount (22) into the box.

The English international, preferred to Hakim Ziyech in the starting XI, then erased his opponent Zaidu Sanusi from a control oriented from the left, before continuing with a cross strike from the right, low to the ground, for the first goal of his career in the Champions League ... on the only shot of the Blues in the first period (0-1, 32nd).

Five minutes from the end of regulation time, Chilwell, another surprise of the initial composition, intercepted a ball poorly controlled by Jesus Corona, spun into the box and erased Porto goalkeeper Agustin Marchesin to score in the empty goal ( 0-2, 85th).

This meeting was not easy for Londoners, on the contrary.

They had great difficulty in containing the offensives of FC Porto, yet deprived of his playing master Sergio Oliveira and one of his scorers, Mehdi Taremi, both suspended.

Porto far from being ridiculous

In the first act, Mateus Uribe first hit just above the English cages (12th), then Chelsea goalkeeper Edouard Mendy had to work hard not to be surprised by a direct corner attempt from Otavio (24th), before pushing back a header from Pepe (43rd).

In the second half, Chelsea again had to contain the attacks of the Dragons from northern Portugal, who had become largely dominating.

Mendy, once again vigilant, won his face-to-face by going out in front of Moussa Marega (51st) then was very happy to see a beautiful strike from Luis Diaz flee the frame by a few centimeters (57th).

Thomas Tuchel's men could even have been penalized with a penalty when César Azpilicueta pushed Marega in the back in the English box, but the Slovenian referee Slavko Vincic did not signal anything.

The entries of the defenders N'Golo Kanté (80th) and Thiago Silva (81st) brought more serenity to the Londoners, which materialized by a strike from Christian Pulisic on the crossbar (84th) then the crucial goal of Chilwell .

In a week's time, the second leg will still be played at Sevilla FC's Sanchez-Pizjuan stadium, for the same reasons: the health restrictions linked to Covid-19, between Portugal and the United Kingdom.