Bilbao threatens to lose the right to host Euro 2020 matches

The Spanish Football Federation (RFEF) commented on the opportunity for fans to be present at the stadiums in Bilbao for the 2020 European Football Championship. 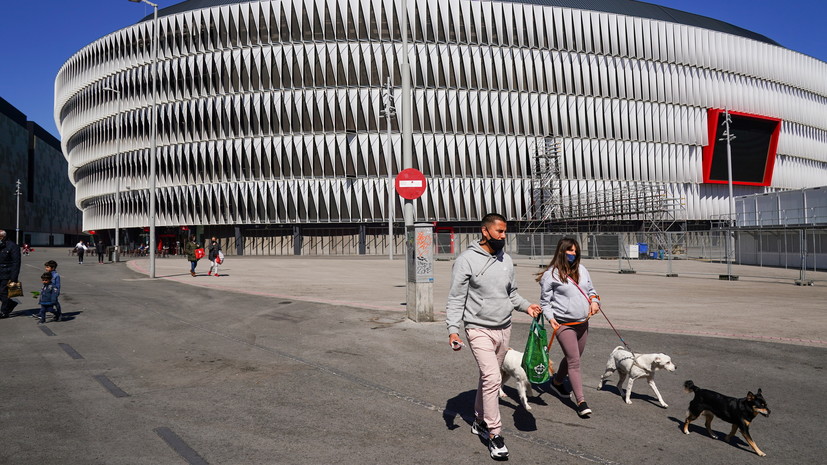 “Yesterday we received a list of the requirements that the Basque government had imposed on the presence of fans at the European Football Championship matches, and at first glance we were forced to state the impossibility of their adoption by RFEF,” the RFEF Goal press service quotes.

The federation notes that the requirement to vaccinate 60% of the population in Bilbao and the rest of Spain until June 14 cannot be met.

Thus, the matches of the European Championship - 2020 will have to be played without spectators.

The RFEF press service also noted that the football federation will not be responsible for the decision that the Union of European Football Associations (UEFA) will make after analyzing this document, since the Euro Organizing Committee was notified of this.

Euro 2020 matches in Bilbao are to be held at the San Mames stadium, which seats 53,289 spectators.

Earlier it was reported that the matches of Euro 2020 in Rome will be held with spectators.