The match between Juventus and Napoli should actually have been played in the autumn but was postponed due to corona infection in Naples. Tonight the teams met and it was the home team that took an important 2-1 victory after goals by, among others, Cristiano Ronaldo. 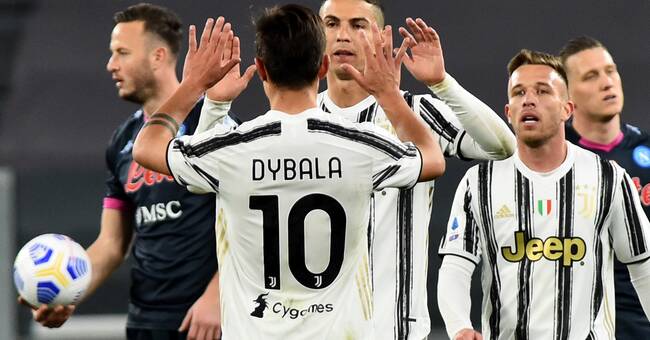 Cristiano Ronaldo opened the scoring for Juventus in the 13th minute.

After a fine move down the middle Federico Chiesa nearly gave the home side a goal after 29 minutes.

There he made no mistakes and put it 1-0.

In the second half, Paulo Dybala was substituted.

And it took only four minutes before he doubled the home team's lead to 2-0.

Napoli got a penalty in the final minutes of the match.

Then Lorenzo Insigne stepped forward and reduced to 2-1.

The away team did not come any closer than that and Juventus took three important points.

Dejan Kulusevski sat on the bench throughout the match.

At the same time, league leaders Inter played at home against Sassuolo.

That match also ended 2-1 to the home team after goals from Romelu Lukaku and Lautaro Martinez.

Juventus is third after 29 rounds played.

ARCHIVE: Ronaldo hero for Juventus - up in the top league (February 22)