Alvik extended their lead to 2-0 in matches in the semifinal series against Högsbo. After an even first half, Alvik went away and was able to win 75-65, much thanks to Klara Lundquist. The big star accounted for 21 points and 4 assists. 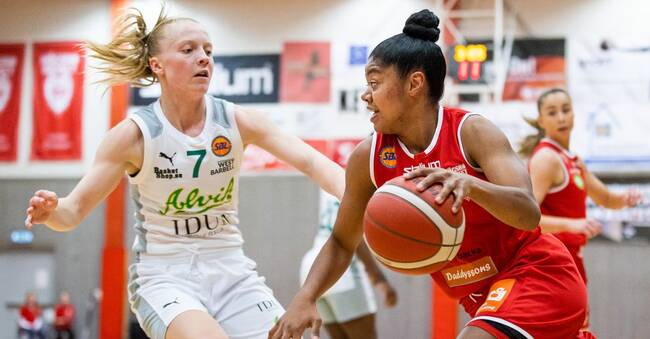 Högsbo had the lead for large parts of the first two periods.

The home team's Alexis Hyder played great and had scored 14 points after half a game.

Ida Fredrikson, who was recently selected in the gross squad for this summer's European Championship finals, also accounted for a good half.

But favorite tipped Alvik kept up.

Despite losing the first period by 27-24, they came back in the second.

In the final seconds of the period, Högsbo led 40-38 when Alvik got two penalty throws.

Two penalty throws that Klara Lundquist managed well and it was equalized to 40-40 at half time.

In the third period, Alvik made a small jerk when they went up in a nine-point lead.

That lead decreased to five points before the final period.

The final period of the match was even.

With only two minutes left, the score was 67-65 to the away team Alvik.

But Högsbo did not come any closer than that.

- It was even, we were prepared for that.

Now we have a good opportunity to close the semi-final series, says Alvik's Ellen Åström.

The next semifinal will be played on Friday, then at Alvik's home ground.

The semifinals are played in the best of five.