The Los Angeles Lakers forgot the doubts and the casualties and crushed the Toronto Raptors (101-110) this Tuesday with heavy artillery from the triple and with a Marc Gasol ... 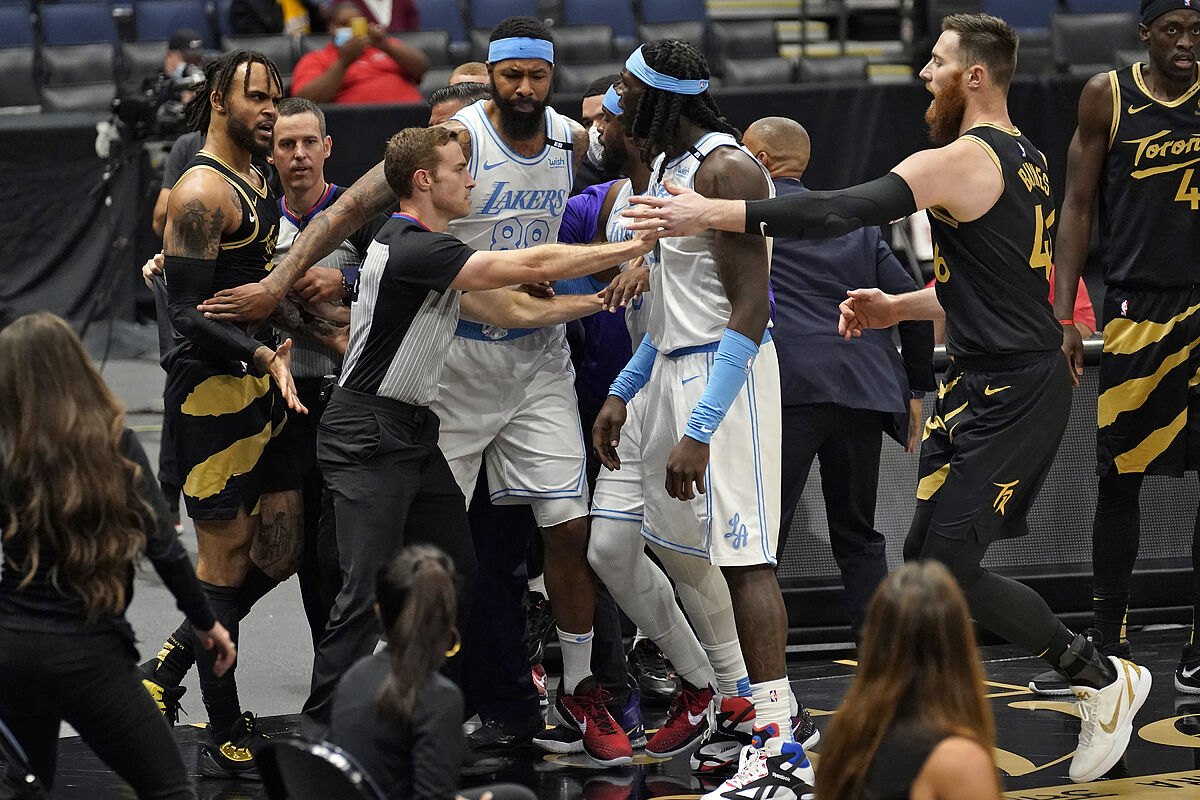 forgot the doubts and casualties and crushed the

The scoreboard was misleading, as the Lakers won by 34 points in the second quarter, they entered the last quarter with a 20-point advantage, and only in the trash minutes

saved the Toronto's honor without endangering the victory visitor.

As a complement to the Lakers' show from the perimeter (13 triples at halftime), Gasol showed no compassion for his former Raptors teammates, with whom he won the NBA ring in 2018-2019, and added

versus 5 losses in 28 minutes.

Gasol came out of the starting center again, in the absence of the injured

only inside reference after

was sent off for an absurd tangana with

in the first quarter.

The arrival of Drummond displaced Gasol, who has recently admitted that it has not been easy for him to process this change in situation.

But the unfortunate debut of Drummond, who was injured last Wednesday in his first game, opened the doors to the start again for Gasol, who has responded with remarkable performances.

The resounding victory on Tuesday allowed the Lakers to breathe, which with their

(LeBron James, Anthony Davis and Andre Drummond) have shown themselves to be a very irregular team.

The victory over the Raptors was possibly their best game

without James and Davis

, but the previous meeting, the tough loss to the Los Angeles Clippers on Sunday (104-86), ended with their lowest score so far this season.

Those in purple and gold now have

A fight with expulsions

At the end of the first set, and in a duel without any harshness until then, a stupid

ended with the first expelled and with

also in the shower for getting into where they did not call him.

The Raptors forward grabbed the Lakers' German base from the first and lifted him off balance.

In those Harrell arrived, who tried to separate them and also took the sanction.