Ronald Koeman can no longer rely on Philippe Coutinho with Barcelona this season. Another very expensive purchase from the Spanish top club, Ousmane Dembélé, received compliments from the trainer on Monday evening after his winning goal against Valladolid (1-0). 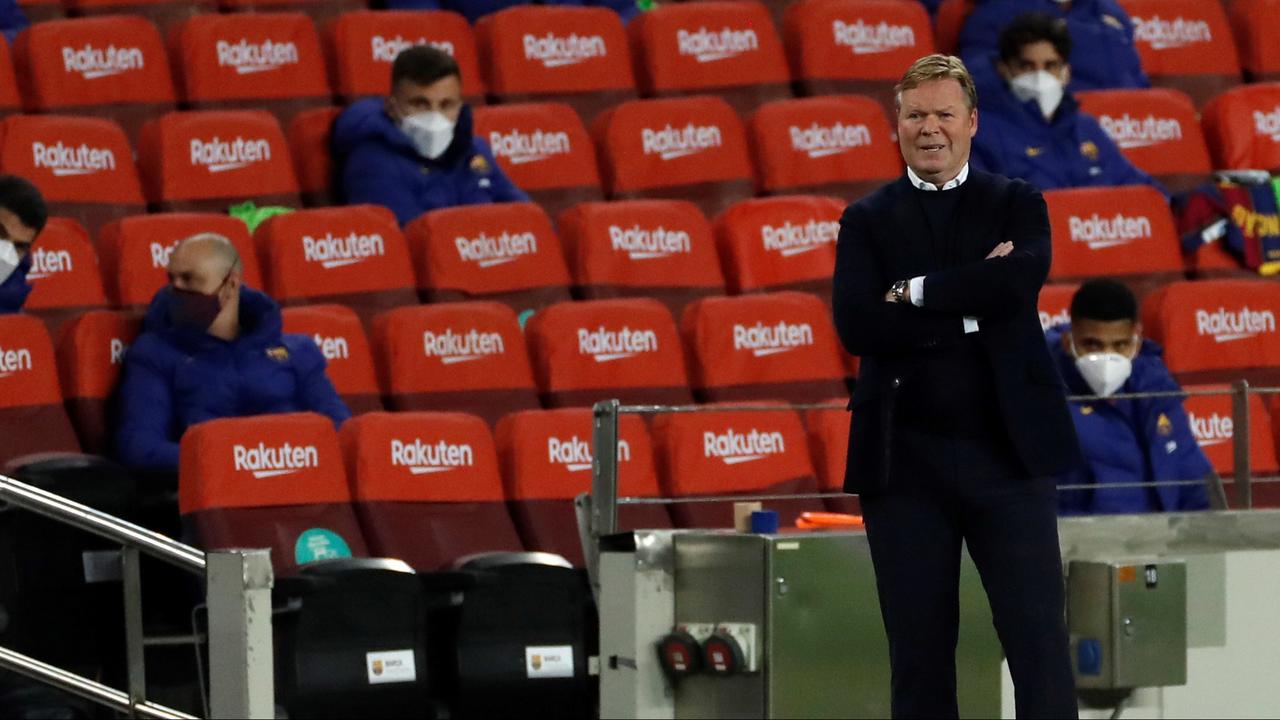 Ronald Koeman can no longer rely on Philippe Coutinho with Barcelona this season.

Another very expensive purchase from the Spanish top club, Ousmane Dembélé, received compliments from the trainer on Monday evening after his winning goal against Valladolid (1-0).

Coutinho has again undergone surgery on his left knee, after he also had to undergo an operation on his meniscus at the beginning of this year.

The Brazilian continued to suffer and therefore had himself operated again in his own country by Rodrigo Lasmar, the team doctor of the national team.

Although Barcelona does not report on the recovery period, Koeman no longer has to count on the attacking midfielder this season.

Barcelona paid no less than 160 million euros to Liverpool for Coutinho at the beginning of 2018, who has not yet been able to live up to the high expectations.

Ousmane Dembélé is congratulated by his teammates on his winning goal.

Ousmane Dembélé is congratulated by his teammates on his winning goal.

Dembélé, which cost around 135 million euros in 2017, has not been able to make a big impression at Barcelona in recent years.

The French attacker gave his team the victory over Valladolid on Monday, with his fifth goal of the season.

Earlier this season, there was a lot of criticism of 23-year-old Dembele, who needed many opportunities to score.

Last week, Barcelona chairman Joan Laporta spoke with the father and agent of Borussia Dortmund attacker Erling Haaland, which sparked speculation in Spanish media about the departure of Dembele, among others, to facilitate the arrival of the Norwegian top talent.

"If it were up to me, Dembele will stay with us. He has played in all positions in the front and with his speed he is dangerous in one-on-one duels", Koeman defended his attacker on Monday.

"In addition, he is getting better physically."

With his goal in the ninetieth minute, Dembélé saved his team from unexpected loss of points in the title race.

"But we kept working until the last minute. Sometimes you have to compete to win."

Barcelona is lucky with arbitration

Barcelona could not complain about the arbitration.

Valladolid attacker Plano was immediately sent off for a not too foul foul, Valladolid was denied a possible penalty after a handball and prior to Dembélé's goal, Jordi Alba seemed to have committed a foul that was not punished.

"We may have been lucky today, but other times it was the other way around. At the end of the season, that is in balance."

Barcelona has been without a defeat in La Liga since the beginning of December (nineteen matches).

That catch-up race has now brought the Catalans who started the season in second place, only one point behind leader Atlético Madrid.

Koeman's team will play against Real Madrid, the number three in Spain, in El Clásico on Saturday.

"I don't think that game will make the difference," Koeman warned.

"We still have eight matches to go and we will have to play well and focused eight times."