Schär and the jerrycan of discord: disqualified for making a child happy

On Sunday, Michael Schär (AG2R) was expelled from the Tour of Flanders for throwing an empty jerrycan into the gutter as a gift to spectators, something forbidden by the ... 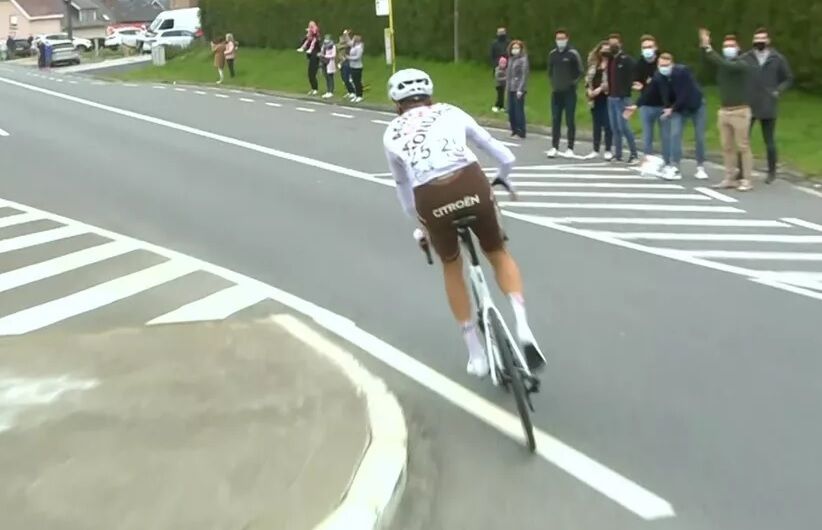 (AG2R) was expelled from the Tour of Flanders for throwing an empty jerrycan into the gutter as a gift to spectators, something forbidden by UCI regulations.

A few hours later, the 34-year-old Swiss explained that, once again, he had thrown his container in memory of a scene that marked his childhood.

"During the quiet moments of the race, I always keep my drum empty until I see the children somewhere. I carefully throw it where they can safely catch it," argues Schär in his statement, where he also recalls an episode from 1997, when He went to the Tour de France with his parents and his sister.

That day, during a stage in the Jura, little Michael received an unexpected gift.

"A piece of plastic that triggered my total addiction to cycling. Taking that bottle home allowed me to remember my dream every day. Every day I ran proudly with my Team Polti bottle", recalls the powerful rider, with extensive experience in the Classics of spring.

The UCI decision ruined the effort for Schär, who had been forced to change bikes twice.

In fact, when he got rid of his jerrycan, he hadn't even connected to the main platoon.

The moment he managed to link, the commissioners informed him of his disqualification.

On April 1, the new wording of article 2.2.025 of the UCI regulations came into force.

According to this text, runners "may not throw food, jerrycans, clothes, etc. outside the areas established by the race organization."

In addition, the rule makes explicit the following assumptions: "The runner must safely deposit their waste on the sides of the road in the areas set up for this purpose. Cyclists may also dispose of bottles and clothing in the cars of their teams, in the of the organization or through the personnel in charge of the feeding. In case of very hot conditions, the commissioners will be able to adopt exceptional measures ".

After making his Phonak debut in 2006, Schär can boast a long professional career, with 10 appearances in the Tour de France.

His status as a clasicomano was consolidated with 12 participations in the Tour of Flanders, 11 in the Milan-San Remo and 10 in the Paris-Roubaix.

Cycling Van Aert, Van der Poel and the phenomenon of the miracles that were born from the mud: "It is the perfect combination for a champion to emerge"